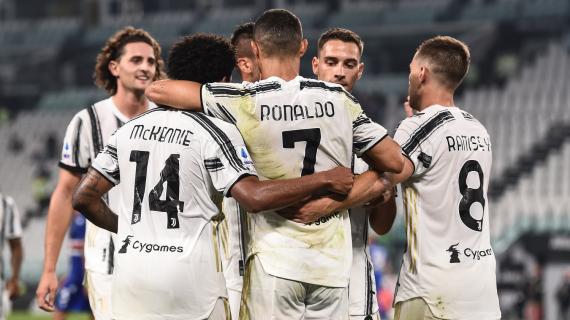 Andrea Pirlo has been struggling to strike a consistent note from his Juventus squad this season, albeit hampered by absences, but the likes of Dejan Kulusevski and Federico Chiesa need more importance.

I understand that the pair only joined up with our squad this summer, but both have proved to be vital in the final third, and need to both be playing.

Chiesa’s importance has already shown, and the manager has obliged by increasing his playing time in recent weeks, but we are still not seeing much of the Swedish wonderkid, despite him opening the scoring and proving vital in the 4-0 win over Parma the last time he was given the nod.

Pirlo appears to favour playing more central midfielders however, with three or four of McKennie, Bentancur, Arthur, Rabiot and Ramsey all having started a number of matches of late.

While we certainly need creativity to come from midfield, we also need width, which is sometimes provided by Juan Cuadrado who does amazing work to be at both ends of the field at all times, but we would be much more settled in the final third if we were to find a way to have both Kulusevski and Chiesa in the same side.

The pair are a danger to any defender, and their presence in the final third will also open gaps for the forwards, a problem we have suffered with at times.

Am I alone in believing Kulusevski and Chiesa should be playing more regularly in the same side?