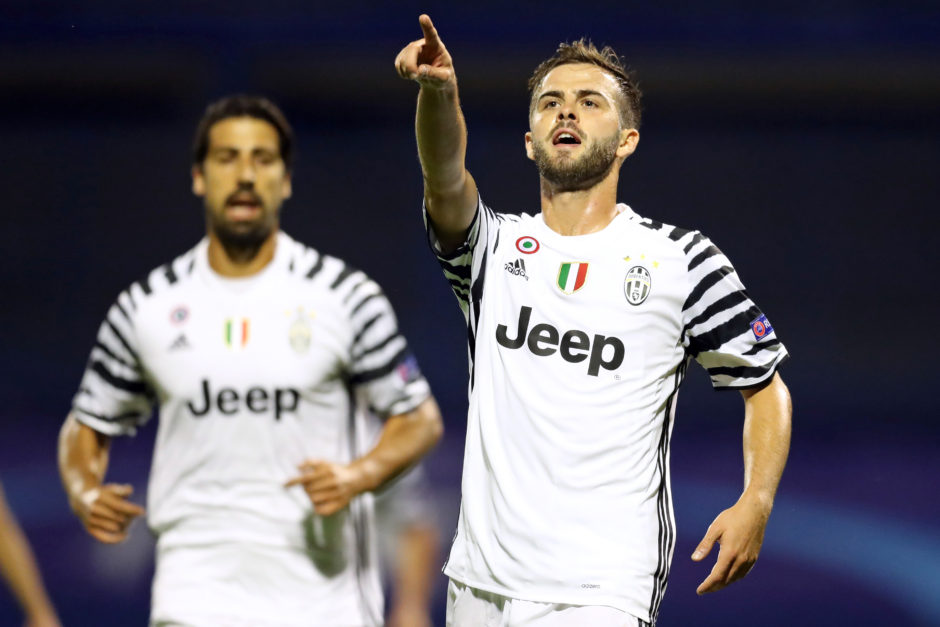 During Max Allegri’s original stint in Turin, Miralem Pjanic was one the club’s main protagonists.

The Bosnian was at the pinnacle of his playing career and acted as the lynchpin that linked Juve’s lines. The two men remain fond of one another, although a reunion never materialized.

While the majority of fans and observers believe that Allegri must vacate his post amidst the club’s ongoing crisis, Pjanic rose to his old manager’s defense.

The Sharjah midfielder still sees the Livorno native as the one capable of lifting the club from its current miserable state.

The 32-year-old explained how Allegri’s serene approach was essential during the tight Scudetto battle against Napoli in 2018.

Back then, Juventus lost a direct clash against the Southerners late in the campaign with Kalidou Koulibaly scoring in the final minutes.

Nonetheless, the Bianconeri managed to maintain their composure and earn a dramatic come-from-behind win against Inter a week later which paved their way towards the podium.

“Now the changes don’t make sense, the sums should be drawn at the end of the season. Allegri’s Juventus may be able to overturn everything, but everyone must be questioned,” said Pjanic in an interview with Tuttosport via ilBianconero.

“Nobody can be satisfied, starting with the players. But also Allegri. He and his staff will find a way to overturn the situation.

“The championship is balanced, anything can still happen. When you win through these tough times, then it’s even better and the success is tastier. I would be an enormous satisfaction.

“Do you remember the 2017-18 season and the victory of Sarri’s Napoli at the Allianz Stadium with Koulibaly’s goal in the final minutes?

“The day after the defeat against Napoli, my teammates and I showed up training while having doubts in our heads, questioning whether we’re still able to win the title. Also because the next match was at San Siro, against Inter.

“Allegri gathered the team and spoke to us with incredible calm and serenity. And without looking for excuses or alibis, Max told us not to think about Koulibaly’s goal, but about the points that were still up for grabs.

“At San Siro, you know how it went. Allegri always looks forward, not backward. In these moments, look for the right words and the best solutions to turn around. He will do the same this time”