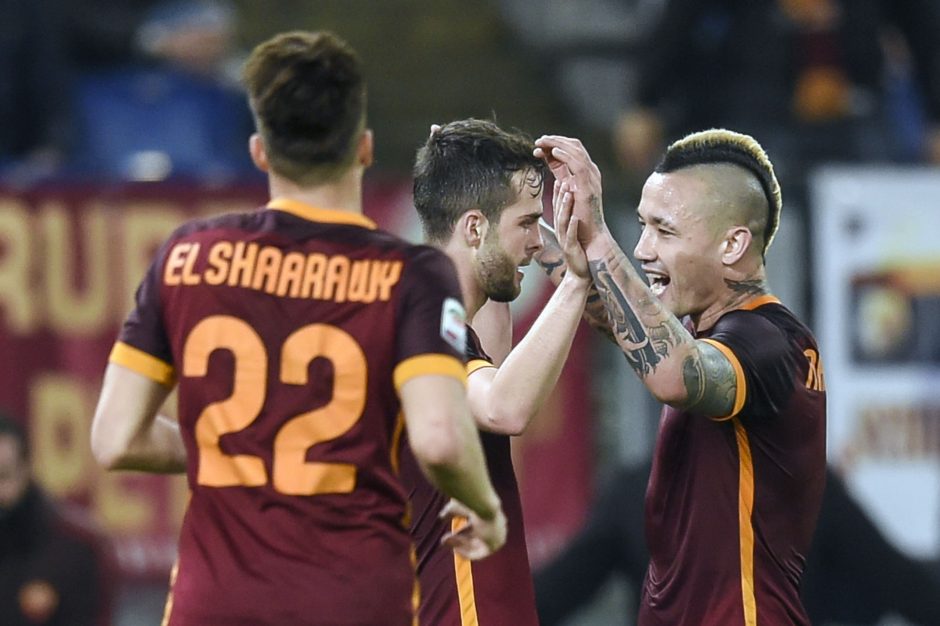 Miralem Pjanic has responded to rumours linking him to Juventus by admitting “if a formal offer reaches Roma, then we’ll see.”

The Roma midfielder has been linked with a move to Turin in recent weeks, and he was asked about the rumours ahead of Roma’s friendly match against Al Ahly.

“I still have two years on my contract with Roma. If a formal offer reaches Roma, then we’ll see.” Pjanic told Sada El Balad tv.

Roma have confirmed that Pjanic has a €38 million buyout clause, but it’s not certain that Juve would be prepared to pay the full free up-front.

The Bosnia intenational has 12 goals and 13 assists across all competitions for the Giallorossi this past season.