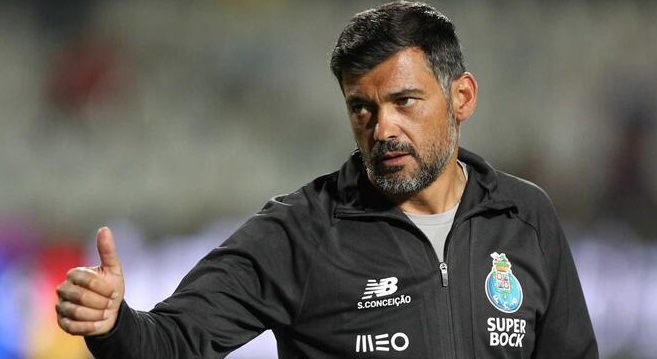 FC Porto manager, Sergio Conceicao, knows the Italian Serie A well after playing for Lazio and Inter Milan during his playing career.

He will be leading his team out against the Bianconeri in the Champions League this evening and has recalled scoring against Juventus and winning the Scudetto as a Lazio player.

He was speaking ahead of the match and says he remember a famous 2-1 win against a Juve side that had Zinedine Zidane and Alessandro Del Piero.

He scored the winning goal in a 2-1 win after Juve had drawn level.

He admits that Italy is like a second home to him even though he didn’t enjoy his spell at Inter so much.

“I remember my first title won in Turin against Zinedine Zidane and Alessandro Del Piero’s Juve,” he told Sky Sport Italia as quoted by Football Italia.

“I scored the goal for Lazio to win 2-1 after Del Piero had cancelled out Pavel Nedved’s opener. Italy is my second country and I was very happy there. Perhaps I was a little less happy on a sporting level at Inter than the others, but it remains a wonderful memory anyway.”

He claims that his team might be struggling in their domestic competitions, they have had a good time in the Champions League and that should give them the confidence to face Andrea Pirlo’s team.

“We’re not doing that well in the league, as we leave too much space to the opponents, but have been much stronger both defensively and when attacking in the Champions League” He added.

“I feel it’s important to have that balance and we’ve had some good games. Every match is unique and tomorrow we’ll be up against one of the best teams in the world, who have fantastic players.

“It is crucial that we are solid in defence and, when we have the ball, find the right spaces to exploit in order to score goals.”

Juve was eliminated from this stage of the competition last season, fans will not want a repeat of that.