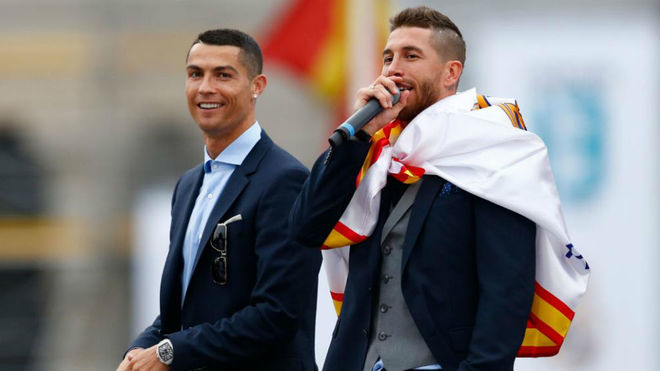 Sergio Ramos has claimed that there is no news to reveal about a potential new contract with Real Madrid, amidst interest from Juventus.

The 35 year-old remains as a key player in the heart of the Madrid defence and retains the captain’s armband also.

His club have failed to agree terms with him over a new deal however, despite his contract entering into the final months, and he could well move on for free come the summer, and his latest remarks do not lead to any belief that he will be extending at the Bernabeu.

Sergio Ramos said (via Fabrizio Romano): “I’ve already been clear about my future. There is no news about my contract… I’m focused on playing well and giving my best version. With Real Madrid we play almost the entire season in a week. I’m looking forward to it”

Juventus look set to allow Giorgio Chiellini to move on also, with the 36 year-old having failed to remain fit for much of the season with numerous issues, while Sky Sport (via TuttoJuve) also claims that Gigi Buffon will not be offered an extension also.

We would have four centre-backs still in the squad should Gio leave however, with Radu Dragusin playing as back-up to the favoured Leo Bonucci, Merih Demiral and Matthijs De Ligt, but the manager may not rate the youngster as ready to make his mark in the first-team as of yet.

Could Juve persuade Ramos to join the Old Lady? Should Dragusin get his chance to prove his worth within the first-team setup? Would Ronaldo profit from the arrival of a familiar face?

Legrottaglie defends Pirlo – ‘He did his best’