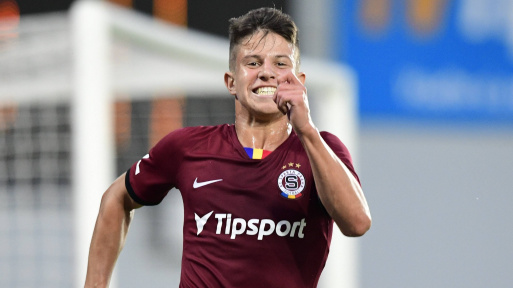 West Ham and Borussia Dortmund are set to battle it out with Juventus for 18 year-old striker Adam Hlovek.

The youngster has been highly rated in the Czech Republic for some time, earning himself the title of youngest player to feature for Sparta Prague after coming off the bench against Karvina at the age of just 16 years and three months.

He has since clocked up 59 league appearances, notching up 14 goals in the process, despite the fact that he is yet hit 19 years-of-age.

West Ham are reported in 90 Min as considering making an offer, with Sparta demanding £20 Million for his signature.

Juventus are also claimed to be of interest, and we are also on the lookout for a new forward option for this season, having heeded warning with the availability of players constantly coming under threat of being ruled out by Coronavirus of late.

We are currently linked with a host of strike-targets this month, but I’m hearing little smoke on our interest in Hlozek, but should West Ham be serious in making an offer, Juventus could well make a decision if they were to believe they were possibly about to miss out on a future star.

Would signing a future prospect make more sense to come in as fourth choice this term, or would a more experienced player with the calmness to sit on the bench and wait for minutes be better for the squad’s morale?