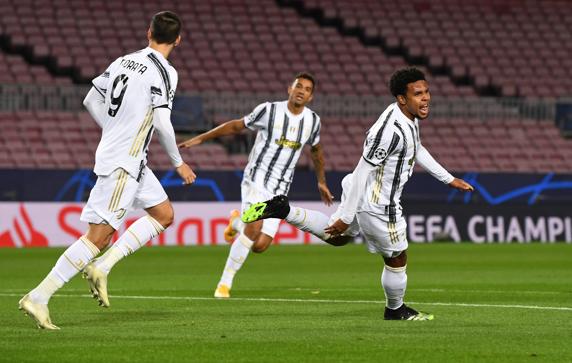 Juventus are yet to show their hand when it comes to the permanent signing of Weston McKennie, but his performances are already attracting attention from elsewhere.

The American international has been impressing in his short time with the Old Lady, and the belief is definitely that the best is still to come.

The 22 year-old joined the club on loan from Schalke 04 during the summer, on a 12-month loan with an option to buy, but Juve’s finances are not believed to be in the best shape.

Saying that, very few clubs appear to be flush currently thanks to the losses incurred following the Coronavirus pandemic, and the detrimental loss from the reduced/removed attendances in stadiums.

The Italian giants were shrewd in the previous market however, bringing in the likes of Alvaro Morata, Federico Chiesa and McKennie all on temporary deals with an option/obligation to buy, meaning they moved to bring in serious talent with very little outlay, allowing them to reassess their situation further down the line.

The American has plenty of competition for places, but appears to be winning the battle of late, but his future is far from sealed in Turin.

Tottenham are believed to be monitoring the situation closely, while CalcioMercato also claims both Manchester United and Chelsea to be of interest, but you would struggle to believe that any would be cementing their interest with him tied to Juve until next summer at least.

Should Juve pursue a permanent deal for Weston? Is he just as important as Chiesa or Morata to the team?