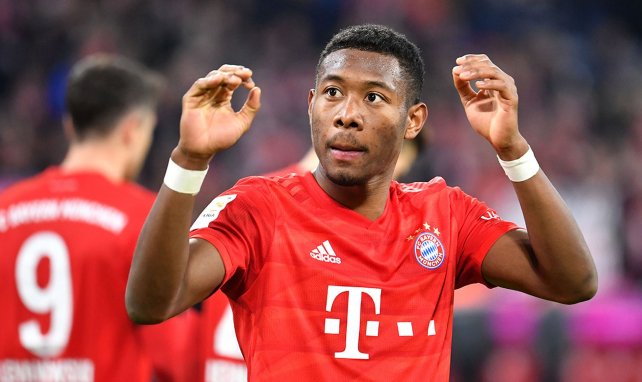 Premier League side move ahead of Juventus in coveted defender chase

Chelsea are claimed to be in pole position to sign David Alaba from Bayern Munich, whilst Juventus have been heavily linked also.

The Old Lady have a good working relationship with Munich, having negotiated over deals for Douglas Costa, Mehdi Banatia, Kingsley Coman and Arturo Vidal previously, but this deal is unlikely to include negotiations with the club.

Alaba will become a free agent next summer, meaning he will be allowed to talk to clubs outside Germany from January over a potential free transfer come the end of the term, and the player appears set on departing at the end of his deal.

The Austrian international has so far failed to agree terms with the German and European champions over a new deal, and looks set to leave inside the next nine months.

Juve are believed to be keen on bringing the 28 year-old to Turin, while SportMediaSet have claimed that a deal has already been put in place with the player and the club.

AS now claims that Chelsea have moved into the lead to sign the defender, with the player’s agent Pini Zahavi having a strong relationship with the Blues owner Roman Abramovich.

Alaba would be an incredible addition in Turin, whether we had to pay a fee in January or land him for free in the summer, and I for one hope that we are still very much in the hunt for his signature.

Video: Juventus youth Cristiano Jnr is well on way to emulating his father