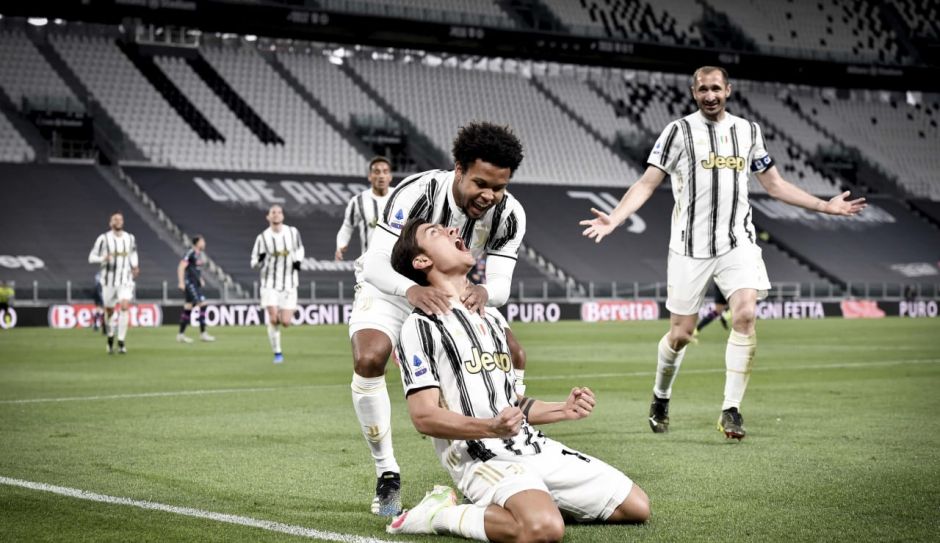 Andrea Pirlo reveals change in tactics which gave Juventus the edge over Napoli.

The manager’s teamsheet was shown as a 4-4-2 on paper, but the he admits that Danilo was brought forward into a central midfield position in the attacking phase, and it helped to provide more chances in the final third.

Pirlo also claimed that his side have lacked that ‘cutting edge’ on too many occasions this season which has cost them the consistent run of results.

Pirlo told reporters in his post-match conference (via Juventus.com)“We’ve dropped lots of points along the way because we’ve lacked a cutting edge at times, especially in matches which look easier on paper. You can’t afford to do that in a league where all the teams are so well prepared.

“When we play with the spirit we showed today, this desire to win and to put in a shift for the team, that’s when you get results.

“We decided to play these tactics – with Danilo as an extra midfielder – to free up more space out wide. We pulled it off well, although we didn’t always make the most of the extra man on the counter-attack – and when you get those sorts of chances you have to take them.

“As for Dybala, when you have a player like him, you try to play him as much as possible – he raises the level.

“We must learn from the mistakes we made as we want to play our last ten matches as best we can and get ready for the Coppa Italia final.”

A strong finish is needed after a rocky campaign which has left us fighting for a place in next season’s Champions League, but the win last night did give us the advantage.

We now hold a three-point advantage over the Azzurri, but also have Lazio seven points behind us who have played one match less.

It could be a tight race over the line, but now we have no Europe to distract us, I don’t see us struggling to get over the line, and Atalanta, Napoli and Lazio can fight it out for the fourth and final spot.