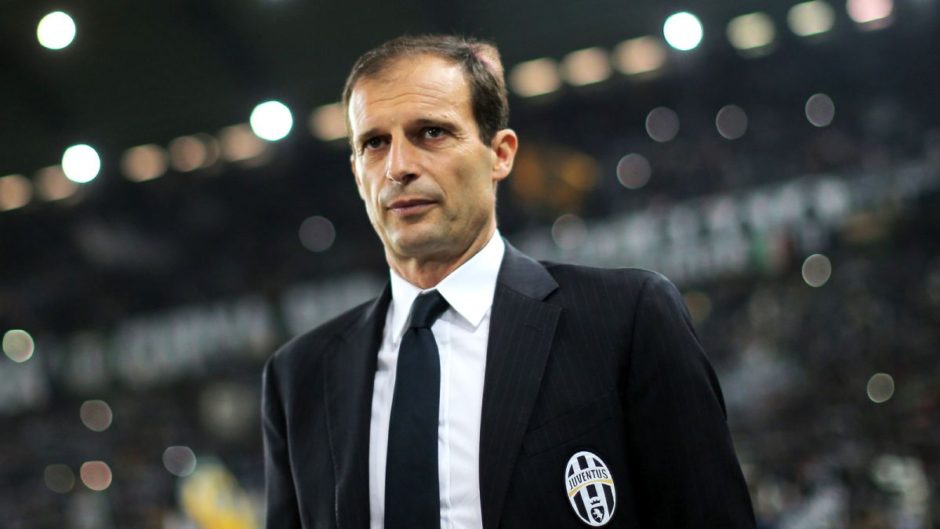 Quantity over Quality – Juve heading towards more trophies, but at what price?

Last Wednesday’s win away to Tottenham Hotspur saw Juventus progress to another Champions League Quarter Final, their third in four seasons. Their form in Serie A since November has been imperious and they’re matching Napoli stride for stride in the Scudetto race. They have also made their fourth Coppa Italia Final in a row where they’ll face Milan. Given they’re still fighting for trophies on three fronts the actual performances have been less than convincing and some wins have been downright fortunate at times. Any regular viewer of Juve’s games will be very aware of their inability to control games, move out of second gear and kill teams off at the earliest opportunity. Welcome to Juventus 2018, ladies and gentlemen. 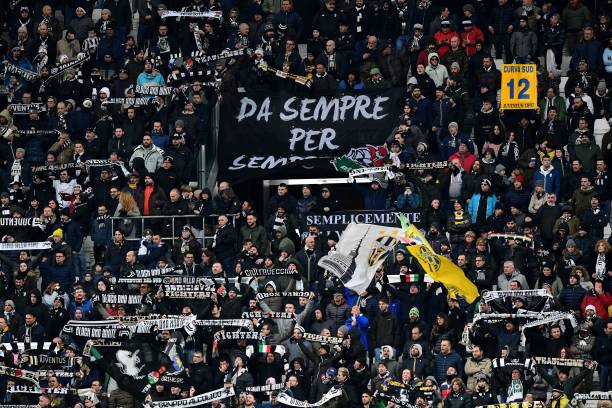 Less than inspiring performances and dull 1-0 wins have been the rule rather than the exception since the start of the season, the opening Champions League game group game was away to Barcelona, a team they comprehensively knocked out in last year’s Quarter Final. After a regulation start to the season Juve suffered a 3-0 defeat in Spain. The defeat can be attributed to a lack of confidence when the first goal was conceded, but it was plain to see they didn’t play anywhere near their potential. Defeat to Barca meant the other games then turned into a must not lose scenarios and not losing five games in a difficult group certainly wasn’t an easy task as Juve continued to grind out undeserved wins with average performances. The return fixture against Barcelona came a game after a nightmare inducing defeat, away to Sampdoria, in which Juve were outplayed. The Barca game followed the same pattern as the first where the team seemed almost too scared to attack. Max Allegri had set up his team not to lose, given the defeat earlier in the season this was understandable, however this was the penultimate group game and a win would have secured qualification. This made the lack of ambition by not pressing for the winning goal unbelievably frustrating and the outcry from fans was justified as the team had the perfect chance to progress. Qualification was secured with a win away against Olympiakos in the final game and it felt as if this was Allegri’s plan from the start; to use the maximum number of games to spread out the effort in the group stage. Juve were through but far from convincing. 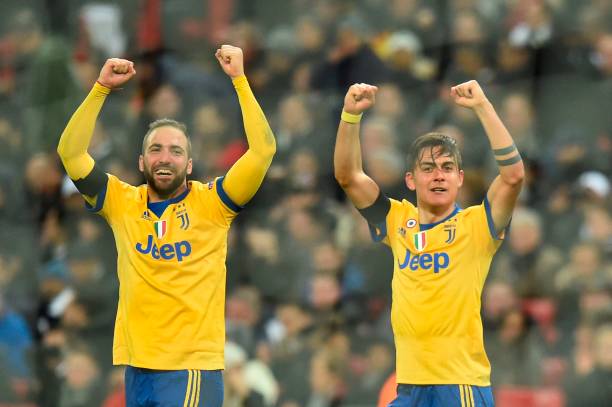 The aggregate victory over Spurs is still fresh in the memory and for long periods of the tie Juve were outplayed, no one can argue with that. Whether this was by design or not Allegri must take the blame for lining up with a two man midfield for the home leg, especially when one of those midfielders was the woefully poor, Sami Khedira. He must also take some blame for the defensive style which was incorporated after Juve raced into a 2-0 lead, it can be said the players may have played this tactic too well and Spurs’ domination snowballed from there. Indeed such was the shock on both sides when Juve went two up that had they gone for more goals (and they were unlucky not to add to their total in fairness) the tie would’ve been over before the second leg in London. As it was, Spurs came away feeling as though they had the advantage after their dominance turned into goals and Juve had been made to look very ordinary in front of a worldwide audience. 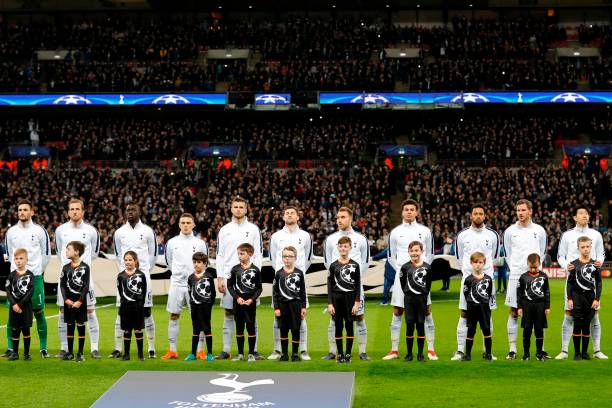 The second leg had a very similar feel to it although Juve were able to deploy Blaise Matuidi and Paulo Dybala after they didn’t feature in the first leg due to injury. Spurs though were the better team again and had they won the tie not many would’ve complained as Juve allowed themselves to be dominated for the majority of the game. This poses its own questions; Was the first leg in the players’ minds? Were they just desperate not to concede? Or were they suffering from an inferiority complex? Whatever the reasons, the first hour of the second leg saw Juve look a shadow of the side who had reached two of the last three Champions League Finals. Allegri though must be credited for his substitutions and Juve didn’t look back after the side appeared more balanced in the second half. Given the general atmosphere surrounding the win it can be argued Allegri has dodged a bullet with this result, he will ultimately be judged on the team’s Champions League performances and they’ll will need to play much better in the Quarter Final or they could be on the end of an embarrassing exit.

The Spurs tie has really highlighted the fact Juve have been playing beneath their ability for a long while. Looking back, one can barely remember the last time they dominated a team and played to the best of their ability. Even those Juve fans with memories akin to an elephant would only be able to remember two or three games this season, the exceptions being Milan, away, and home games against Torino and Sassuolo. Those games apart it is be nearly a whole season since Juve dismantled both Barca and Monaco in successive rounds of the Champions League,  On those occasions Juve showed what they’re capable of when the confidence is sky high. Unfortunately it hasn’t happened often enough for a team of their calibre. 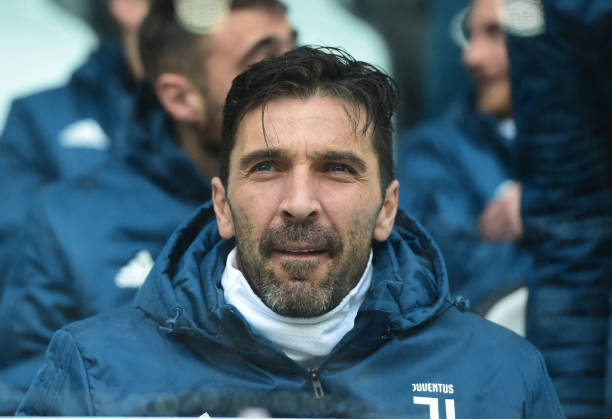 More recently in Serie A Juve have won 13 of 14 games and have yet to concede a goal in 2018. While these fantastic statistics show the spirit and determination of the current squad the majority of the performances have been similar to those in the Champions League. To go into each game in detail would induce sleep in most people, suffice to say the away win against Lazio a fortnight ago captured Juve’s season perfectly; Borderline dreadful performance where one or two players are hardly worthy of being paid for turning up and ultimately rescued by a moment brilliance from one of their stars to secure victory. This has become normal viewing for Juventini this season as these creativity deficiencies more apparent when they’re continuously grinding out scrappy 1-0 wins. 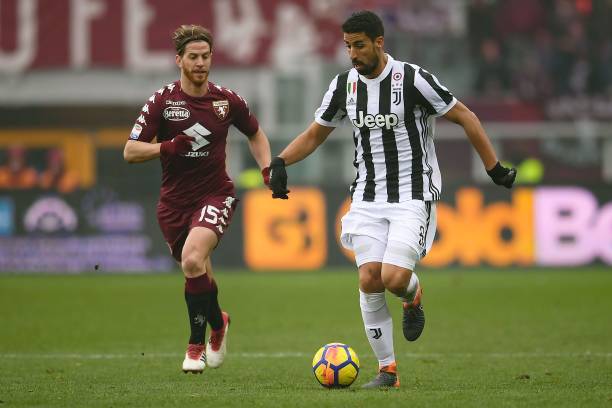 Allegri’s preferred choice to partner Miralem Pjanic is Sami Khedira, again I am in no position to question his decisions but his insistence of choosing a player well past his best over Claudio Marchisio cannot be conducive to good team performances. It is plain to see Marchisio isn’t, and probably never will be, at his pre-injury form, however it is fairly obvious he is still a more competent player than Khedira. His introduction to the starting line up against Udinese highlighted his abilities as Juve’s general shape and midfield coherence was much improved from that of the last month or two. Other than the Marchisio/Khedira question the squad is quite balanced and deep though it is unfortunate that injuries have decimated the attacking players recently. Juan Cuadrado and Federico Bernardeschi are both out indefinitely, Mario Mandzukic has also missed significant time too. This has meant a narrow formation has been deployed recently and again Allegri’s options have been limited in terms of formation and style.

We can dispute player selection and tactics all day but one valid question remains, one which isn’t mentioned too often while Juve are winning; given the repeated dour performances and narrow wins we have to ask is this the limit with Allegri? Should we expect his Juve teams to perform like this season after season? He is well known to be a fan of squad rotation and building his team for a big trophy push after Christmas. Given recent viewing it can be said this still hasn’t happened as we haven’t seen Juve start to dominate teams in a way which is expected of them. But on the other hand, it most definitely has started as they’re still fighting for three trophies in mid-March. Let’s remember Juve won the domestic double and made a Champions League Final last season by playing this way; In second gear most of the season and producing the odd emphatic win to appease supporters for a few weeks? 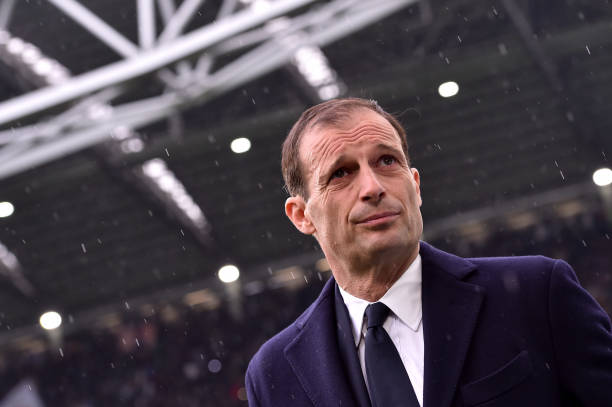 If this is the hallmark of Allegri’s playing style and season management then Juve fans should accept it and support his methods. He will always use two legs of a cup tie to win rather than one. He will use the whole 90 minutes to win a game rather than 60. He will look ahead and rotate his squad to give the team a better chance of success. His methods may be disagreeable to some but remember he has delivered the title every year, two Coppa Italia wins and two Champions League Finals since his arrival in 2014.

Those fans hoping Allegri will be sacked should be careful what they wish for. Juve have a very competent, trusted manager and those wanting his resignation should ask themselves who would replace him? If he changed his style overnight and risked more by turning Juve into a gung-ho, attacking unit it might result in a few more comprehensive victories but would surely compromise their rock solid defence and would also reduce the opportunity to rotate the squad and prevent fatigue and injury. Juve would do well to stick with Allegri rather than venture into the land of console gaming in search of entertainment and goals.

The uproar over a lack of entertainment could all be ridiculed as hyperbole, a simple trophy-spoiled fan reaction to below-par performances. However as Juve are looking to rub shoulders with Real Madrid and company on regular basis their lack of consistent, high quality performances is a cause for concern and right now it appears the team hasn’t built on last year’s success of reaching the Champions League Final. Obviously success in its definite form would mean only returning from Kiev with the trophy would be considered to be success. In more realistic terms success can be defined as improved performances and gliding past teams with minimum effort, this at least would’ve been an improvement on last year. So have Juve been a success this year? That is the big question. Are they sacrificing quality over quantity? The recent Netflix series has shown, if any proof were needed, that Juve is obsessed with winning the Champions League. However given current performances it’s going to be a while before the trophy is in the Bianconeri cabinet again. Although it just may be the moribund style is part of Allegri’s plan to make Juve into a squad of grizzled, seasoned veterans who will eventually be capable of making the trophy their own.