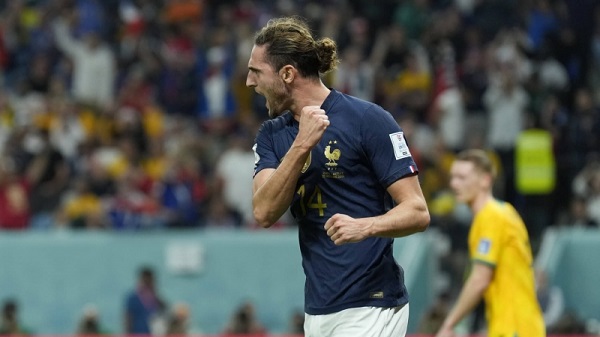 Juventus midfielder Adrien Rabiot was in top form for France in their 4-1 demolishing of Australia yesterday.

The midfielder is the most senior player in his position on the squad and Les Bleus hope he can inspire them to retain the title.

They conceded the first goal of the game, but the Juve man equalised and set up Olivier Giroud for 2-1.

France kicked on from then and scored two more goals to kill off the Australians.

After the game, he received a lot of praise and one of them is from Tuttosport, whose front page reads via Tuttomercatoweb: “Rabiot comes back.”

Rabiot has been world-class in this campaign and could be the one of key men for his country at the World Cup.

The midfielder has added goals to his game, which makes him even more valuable whenever he is on the pitch.

France will bank on him to deliver and we hope he doesn’t get injured in the competition before returning.

If he stays in form, he could lead us to end Napoli’s dominance and win the league title.

For now, he needs our support to continue thriving at the World Cup.

Juventus is now attempting to buy two Empoli players at once