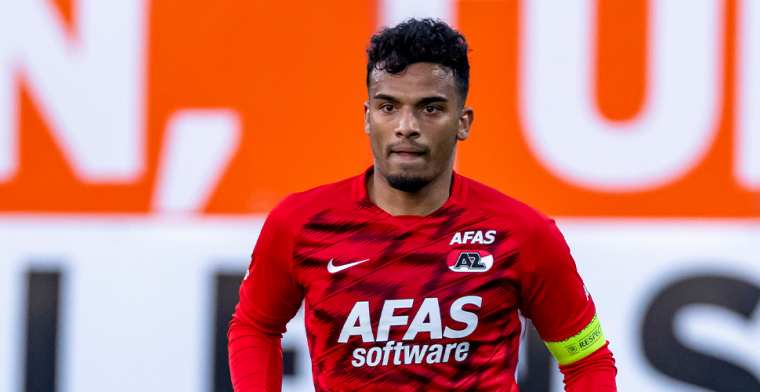 Next month, Alex Sandro will celebrate his 31st birthday. On paper, the Brazilian still has several good years ahead of him, but the fans have noticed a certain decline in his performances.

The  former Porto man is no longer charging up and down the left flank as he used to, and perhaps it’s time that Juventus start searching for a successor.

While the likes of Mattia De Sciglio and Luca Pellegrini have been adequate backups, their ability to act as regular starters in Turin remains questionable.

Therefore, the management will have to resort to the market, and super-agent Mino Raiola could provide them with the answer.

The Italo-Dutch represents some of the best of talents in the world, especially young starlets in the Netherlands.

According to ilBianconero, Juventus are interested in Owen Wijndal, a 22-year-old left-back who currently plays of AZ Alkmaar.

The young fullback is a youth product of the Dutch club, but his contract is set to expire in 2023, so he could be available on a discount next summer.

Despite his young age, Wijndal is already a Netherlands international, and has appeared on 11 occasions for the first team.

This season, the player has thus contributed in a single goal and three assists in 11 appearances in the domestic league.

Elkann not planning on discharging Agnelli, but it could all change soon