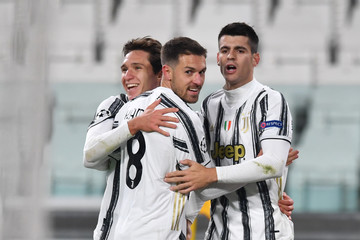 Aaron Ramsey is claimed to be intent to play under Max Allegri at Juventus this summer, a situation which the club hadn’t expected.

The Welshman was said to be hankering for a return to the Premier League, with Arsenal amongst those most strongly linked with his signature, but his agent recently poured cold water on a potential return to North London.

Ramsey is now claimed to be keen on fighting for a place with the Old Lady, which could well complicate things in Turin.

TuttoJuve claims that Juve were looking to offload his 7 million euro salary in order to reinvest in the team, citing Sky Sports as their source for his decision to stay with the club.

The former Gunner’s biggest negative is his injury record, with him having shown he has the ability to be a big player in the team, only to be hampered on a number of occasions as he nears top form.

Ramsey might have difficulty cementing his place in Allegri’s first-team, with the likes of Dejan Kulusevski, Paulo Dybala, Cristiano Ronaldo and Federico Chiesa already vying for first-team minutes in attacking roles, while it remains to be seen if further forwards will be added to the front line this summer also.

Should Ramsey be looking for life away from Turin? Could he still prove his worth to Juve?

Sassuolo rejects one part of Juventus’ Chiesa-style offer for Locatelli

Who has been the best and worst Juventus player at Euro 2020 so far?