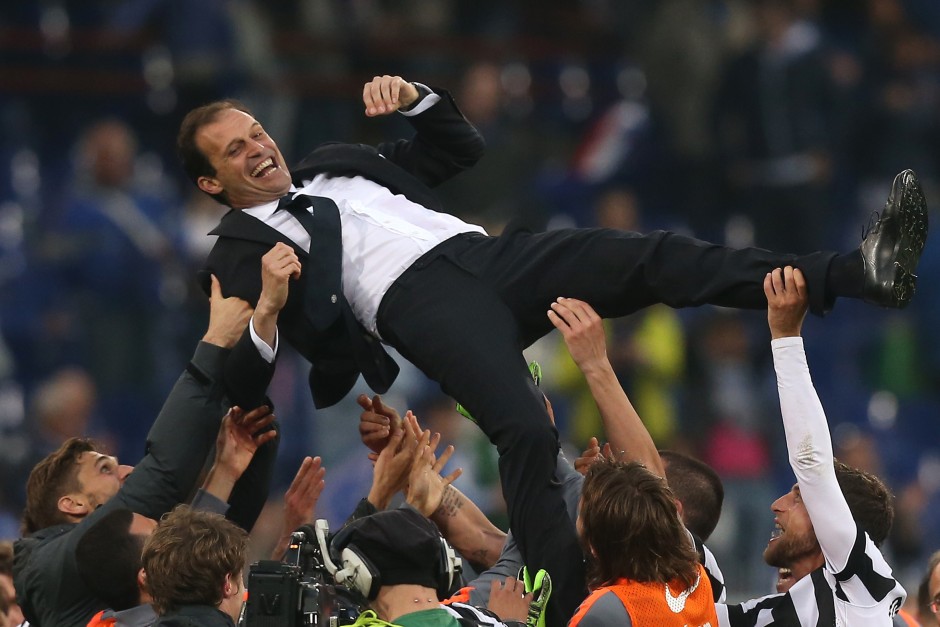 After two years on the shelf, Massimiliano Allegri finds himself one again sitting at the black and white bench.

The Livorno native spent five largely successful years at the club between 2014 and 2019, before parting ways with Juventus.

Although the former Cagliari and Milan coach would always deliver a Scudetto title by the end of every campaign spent in Turin, he did have his ups and downs.

So let’s rank Allegri’s five seasons with the Bianconeri starting with the worst until we reach the best.

It’s safe to say that the manager’s last campaign was his least enjoyable. After the arrival of Cristiano Ronaldo, the Champions League title suddenly became an obsession for the club.

Nonetheless, the players displayed some bland performances, and despite the Portuguese’s heroics in the comeback against Atletico Madrid, an elimination at the hands of Ajax was just inexcusable.

Although the team jogged its way towards an easy league title, no one cared too much by then, and for the first time during his Juventus tenure, Max missed out on the Coppa Italia.

Allegri’s second campaign with the Old Lady started in a horrendous fashion. If it wasn’t for his exploits from the previous campaign, he would have definitely been sacked long before Christmas.

Nonetheless, Juventus mounted an incredible comeback in the Serie A standings after laying in the bottom half of the table earlier in the season.

In Europe, Juventus were minutes away from eliminating Bayern Munich in the round of 16, but a late come-from-behind win for the Germans caused another Champions League heartbreak for the Allegri’s men.

Speaking of late heartbreaks, the Bianconeri completed a shocking comeback against Real Madrid to level the score 3-3 on aggregate after losing the first leg quarter finals leg at home 0-3, but a last-minute penalty debacle knocked them out the competition.

Domestically, this was the year when everyone thought that Juventus will finally surrender – with Napoli closing the gap to one point in the final rounds of the campaign – but they regained their momentum with a dramatic 3-2 win against Inter.

When Allegri first arrived to Turin, he was a largely unpopular figure with the crowd due to his past with Milan.

Therefore, Max needed to win over the hearts of the fans with a big campaign, and boy did he deliver!

The tactician kept the streak going with a 4th Scudetto in a row, and led the club towards its first Coppa Italia triumph in 20 years.

But most importantly, Juventus fought their way into the Champions League final – despite being considered as the underdogs at the time – before succumbing to a sad but honorable defeat at the hands of Barcelona and their infamous MSN attack.

This season was the epitome of Allegri’s first stint at Juventus, and not just in terms of results, but also in the quality of football displayed.

Max somehow found a way to integrate Gonzalo Higuain, Paulo Dybala, Mario Mandzukic and Juan Cuadrado in one formation, and the result was spectacular.

Although a second half meltdown in the Champions League final wasted what could have been a resounding triple, but a 3-0 thrashing of Barcelona at Camp Nou was a perfect example of the high level displayed by the team during the time.

Gazzetta reveals the two players that Juventus have decided to sell