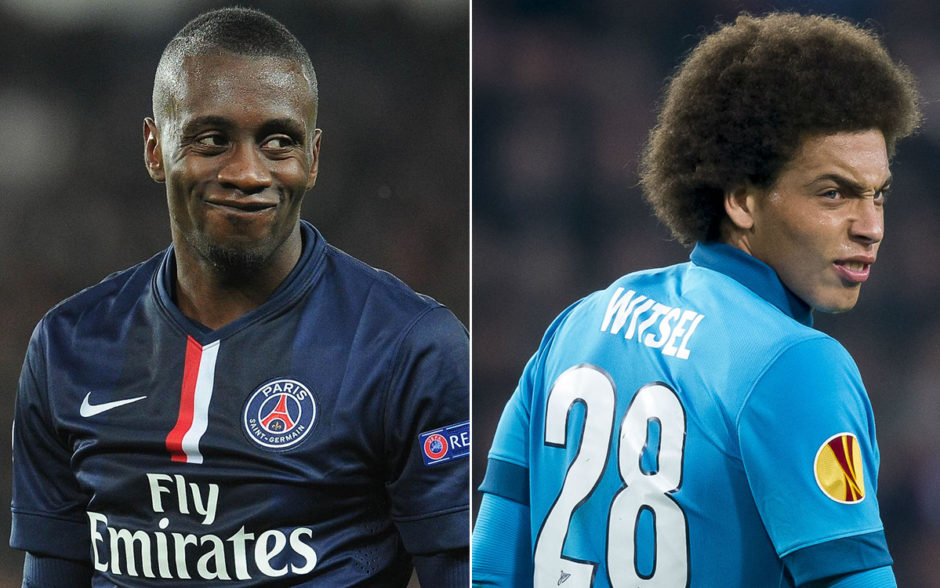 Paul Pogba has officially become the most expensive footballer of all time and Manchester United are primed to pay  €105 million for the French midfielder, leaving Juventus to find a replacement before the new Serie A season kicks off on August 20.

During the last couple of weeks several names have popped up in various news reports, and now it’s time to rate and rank the five best and biggest, taking into account the chances of them joining the Bianconeri.

A surprising number one? Not exactly. Herrera captains FC Porto and is a true warrior in midfield. Juventus are going to lose the midfield engine and duelling strength of Pogba when he leaves and this is something the 26-year-old Mexican can cover. He also scores pretty easily, has Champions League experience and could leave for a relatively reasonable amount of around €25 million. All things considered: Juve’s best option.

Switching one Frenchman for another? That could be the case if the Old Lady are able to convince Matuidi to come to Turin. With the arrival of Grzegorz Krychowiak from Sevilla, the 29-year-old has become an expendable player for Paris Saint-Germain, giving Juventus a shot at the France international. He’s an amazing runner and covers a lot of ground on a football field, however, the relationship with PSG isn’t great, and Matuidi is pretty expensive (between €35 million and €40 million), plus there’s competition from England for his signature.

There’s no doubt Witsel wants to leave Zenit this summer. Until now, the Belgium international has been linked to a host of clubs, among them Everton, Tottenham, AS Roma, Inter, AC Milan, Napoli…and Juventus. The 27-year-old wants to make big money and play Champions League football. Everton can’t offer him both, and the same can be said about the two other clubs that have been close to signing him, namely Napoli and Inter. Meanwhile, Juve can give him a chance in the midfield as well as a chance at European glory. Witsel isn’t a top gun but he’s got all the necessary experience and skills to become a very good fourth option in Juve’s stacked midfield. Witsel is pretty decent in a box-to-box role, not to mention his price tag is a reasonable one (€25 million according to various reports in the Italian media).

Antonio Conte really wanted a new midfielder at Chelsea and the club were able to land Leicester City’s N’Golo Kante. Bad news for Matic as it seems like he could be relegated to a bench role next season. Juventus have been linked with a transfer for the Serbian for months with a fee of around €25 million mentioned. Matic would be the ideal replacement for Pogba, offering a range of similar skills to the French midfielder. The stumbling block would be Juve having to convince Conte to part with Matic, knowing full well how stubborn the former Juve coach can be. Chances of Matic joining? Not great, 50/50.

Juventus have been linked with a transfer of Kovacic on multiple ocassions, a player that has shown flashes of brilliance in a controlling midfield role at Inter. The Nerazzurri were forced to sell the 22-year-old to Real Madrid where Kovacic barely featured. For now, Kovacic remains a player with much potential and the standard media-hype rather than one which has shown to be worth his place in a top squad. Real aren’t a club that favour loans…..unless there’s a buyback option! Once bitten…..

Juventus have plnety of experience in midfield, so perhaps they could take a more ‘youthful’ approach and opt to buy a young talent like Mahmoud Dahoud. The 20-year-old German recorded a very solid first full season in the Bundesliga, as well as playing six games in the Champions League (two against Juve). He’s able to play  across the midfield and looks like a real gem, combining a tireless work rate with technical skills. However, Leroy Sane was sold for €50 million from Schalke to Man City, so Dahoud wouldn’t come cheap, but true talent is worth paying for…

Simone Zaza might not be willing to make the switch from the Old Lady to the Bundesliga, but Luiz Gustavo has been rumoured to like a move from Wolfsburg to Turin. The Brazilian had a decent spell at Bayern Munich before joining Wolfsburg, but he’s been on the decline ever since. Gustavo knows his role in midfield, is experienced, strong, and powerful, but he’s really not Juve material at this point in his career. Wolfsburg have declined a loan move from Juve, meaning the Bianconeri would have to pay his release clause of €32 million. BIG NO!

Simone Zaza to meet with Wolfsburg