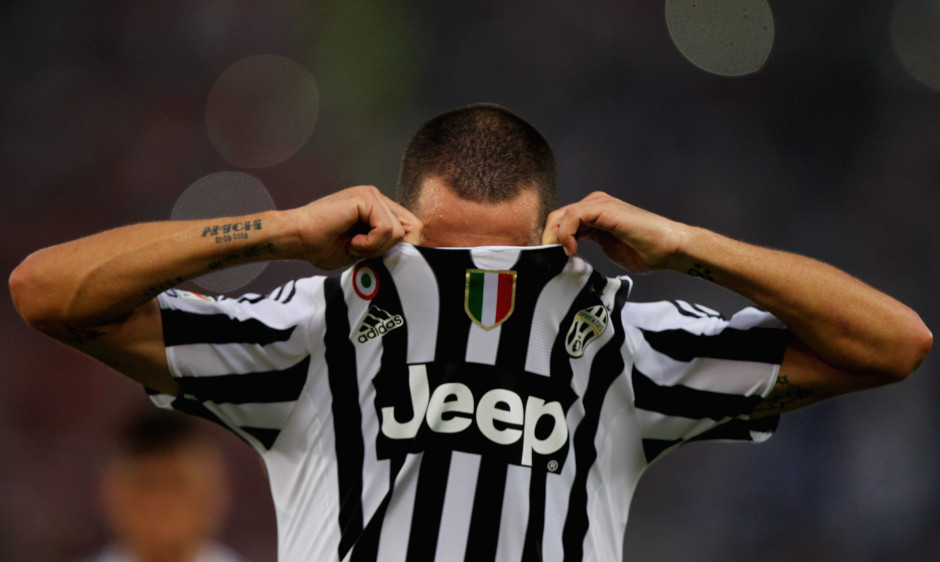 Beppe Marotta left it late, very late, but he finally got Max Allegri the trequartista he demanded. With the Italian transfer window now finally shut after months of excruciating rumours and just outright nonsense reported over the last two months, it’s all over. So how can we assess Juve’s transfer window?

Upon reflecting on the summer you would have to divide it into two parts; before Arturo Vidal was sold and after.

Following the Champions League defeat to Barcelona the club struck early. Securing the signatures of Paulo Dybala, one of the hottest young players in European football, for a reported €32m + €8m in bonuses, and a shrewd signing in Sami Khedira on a free transfer. The club also brought home Daniele Rugani after an excellent season with Empoli.

Andrea Pirlo as expected departed for the MLS after four years at the Juventus Stadium. In early July Carlos Tevez, who had wanted to return home to Argentina since the day he left for Europe in 2006, finally returned home to his beloved Boca Jnrs. Juve then signed Mario Manduzkic from Atletico as a direct result. Simone Zaza also joined from Sassuolo, Juve exercising their option to purchase the young striker.

At this stage of the window you would award Juve’s activity an 8. Allegri hadn’t got his no.10 as of yet but all the key players of 2014/15 had remained and there was plenty of time to bring in further reinforcements.

Then came the shift in momentum.

It was announced at the end of July that Bayern Munich had a bid accepted and agreed terms for Vidal. Juve fans across the globe were in a state of shock, unlike previous summers, there was no speculation about Vidal leaving. It was a bolt out of the blue, Bayern had done the deal very German like – fast and efficient.

Some fans felt the club had accepted too low a price for a player of Vidal’s standing. In the modern game where footballers who have achieved less are going for twice the amount Vidal was sold for, you could argue the case that the club should have held out for more. Then it emerged that Vidal himself wanted to leave the club and realistically what could the club do? With Bayern surely knowing he wanted to leave, Juve’s hands were undoubtedly tied.

I wrote here on JuveFC about why selling Vidal was ultimately the right course of action, but I also mentioned that it would only be the right move if the club bought well with the proceeds of the Vidal money, and this is where things go downhill.

Alex Sandro was signed in the middle of August for some €26million, some argued that it was too much considering he only had a year left on his contract. It’s worth bearing in mind that the club was dealing with Porto, wiliest of negotiators and Juve genuinely needed another left back. Patrice Evra couldn’t have possibly played 40+ games at the age of 34.

As the weeks wore on and the summer was drawing to a close the club still needed a Vidal replacement and Allegri still hadn’t got his trequartista. The Italian papers had linked Juventus with every no.10 under the sun, from Isco to Oscar to Mario Gotze to Henrikh Mkhitaryan and finally on to Julian Draxler. The Schalke player was deemed the most realistic option and so the club focused their attention to him.

An initial offer was rejected, wary of his injury record, supposedly the bid was within the €15m + bonuses range. Negotiations seemed to go cold for a period of time as Juventus got ready for their opening game of the season at home to Udinese. They lost 0-1 despite dominating the match.

Going into the final week of the window they club still needed to address the need to buy another central midfielder and Allegri’s attacking midfielder. Talks of an attempt to buy Zenit midfielder Axel Witsel emerged but nothing concrete happened as Juve headed into the second game of the season – away to Roma.

Kingsley Coman and Fernando Llorente had been let go by the club, Llorente inexplicably had been given away for free to Sevilla with Coman going to Bayern on loan for two years with the option to buy for €21million.

The day before the Roma encounter it seemed the club, finally, were about to get their no.10 in Draxler. Schalke had accepted Juve’s bid in the region of €26m + 6m in bonuses. Draxler had played his last game for the club on Saturday afternoon against Wolfsburg. Then came the shocking news late on Saturday evening, Draxler was going to the team he had just played against merely hours earlier.

Wolfsburg had just completed the sale of Kevin de Bruyne to Man City, and now with a barrel load of money, offered Schalke and Draxler more money than Juve were willing to pay. Both the club and player accepted and Juve remained without a no.10. Fans were getting highly agitated.

The sight of Simone Padoin starting in the center of midfield for Juve must have gave Roma huge confidence as they soared to a highly impressive 2-1 victory. Pjanic, Nainggolan and Keita thoroughly dominated Juve’s midfield in a manner that has rarely been seen in the last four years, the match badly highlighting the need for an additional central midfielder.

With yesterday the final day of the window and with the club now scrambling for two new players, they brought in Mario Lemina from Marseille and Hernanes from Inter for €11m + 2m in bonuses. Then the window shut.

So how would you sum up the post-Vidal activity? I would give it a 5.

The club failed to replace Vidal, you have to think the club hoped Sami Khedira could remain fit for the season and Kwadwo Asamoah upon return to match fitness could slot back into his old place in midfield. How much hope can you put in the pair too not only regain fitness but to remain injury free for the duration of the season? Claudio Marchisio is also never fully reliable in the injury department. The lack of depth was glaring in the selecting of Padoin in Pirlo’s old position, which would have been nauseating to some Juventini.

Before the Roma game and with the news of Draxler moving to Wolfsburg doing the rounds, Marotta absurdly made the claim, which was opposed by Allegri post-match, that he had never spoken to Schalke in his life. If that genuinely was the case, what was he doing for the last two weeks in August?

Some of the fans expectations were wildly lacking in logic; Oscar was never available, Gotze didn’t want to leave Germany, Isco was never a realistic target, same for Mkhitaryan. Yet Marotta’s decision to play the long game with Schalke ultimately backfired and on the last day was scrambling around trying to fine someone that remotely resembled a playmaker, leading to Hernanes.

Hernanes is a good player, despite suffering from that disease of a good player performing badly for Inter that most contract. However he’s not the player Juventus fans wanted, especially after the departure of Vidal. After Sergio Aguero, Robin Van Persie, Stevan Jovetic and Alexis Sanchez this felt all too familiar.

Mario Lemina is an unknown quantity. It’s worth remembering that four years ago Vidal was pretty much the same and look how that turned out.

The Simone Zaza debacle also bordered on ludicrous, overpriced at €18m to begin with, the rumours out of Vinovo was that Allegri wasn’t impressed with him after only two months and the club attempted to flog him to England. It makes one wonder why they brought him to the club in the first place. It just added to the sense of chaos to Juve’s last few weeks of the window.

Overall I would rate the mercato a 6.5/10 rating. Alex Sandro and Paulo Dybala the standouts purchases. Juan Cuadrado could be an astute signing. The lack of a plan B to Draxler and not replacing Vidal are huge negatives. This is now a very young team and the results might not be immediate but in the longer term this Juventus side could be devastating. The future is unquestionably bright.

Trezeguet: ‘Juventus will get back on track’