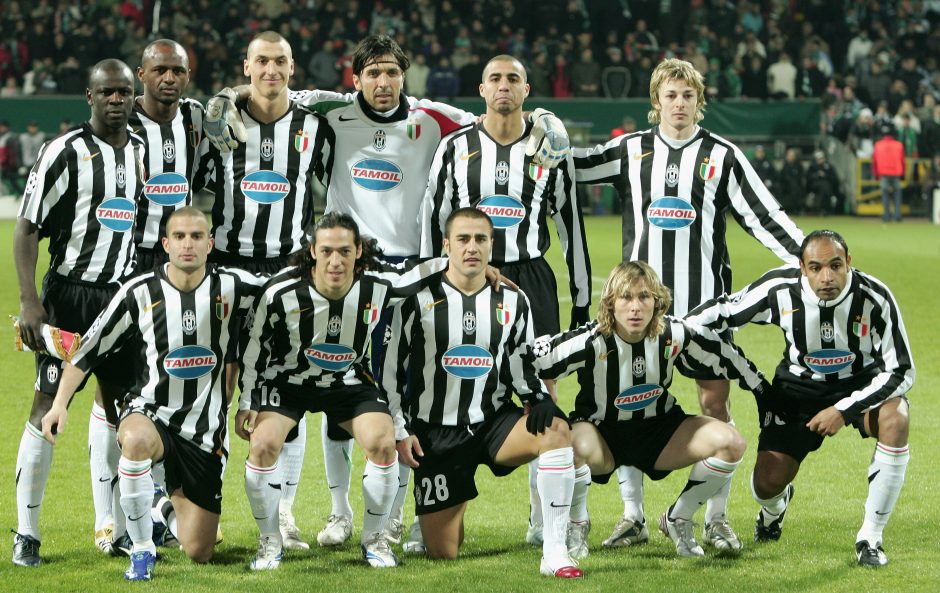 I hope I am catching you in a good moment of 2006. I decided to write you this letter because there are some things on my mind. So much is happening with our Juve in the last few years, that I remember you more and more often. Unfortunately, I’m not writing you because I want to share something good, it’s just that… well, things change, life changes, you will change too, but you’ll always handle that a lot easier than some other things. Right now, I need a little bit of a boost from that enthusiasm you have, the same enthusiasm that pushed me into loving this club so much.

I know you feel how some things around you are going really fast, but man, it’s good you can’t skip ahead to see how it is today. Someday you’ll see how EVERYTHING is happening fast, everyones patience for everything is thin, and how easily you can lose sight of what’s important.

So all those things that make your eyes glow when you turn on a game, the Curva ablaze at the Delle Alpi, the interviews with the bandierine, celebrations, the excitement to run home from school because a Juve game is starting…..appreciate it as much as you can, because right now I wish I did it more.

Now you are thinking “What could’ve happened that would be worse than us falling down to Serie B?”. Well nothing that bad, that much I can say, and I hope I don’t spoil it too much when I say that you’ll witness some remarkable years. But like every ride, all the highs have their lows and the current one has been going on for a while. Results? Oh no, I am not talking about that, that’s not the reason I am writing to you. As you know, the results were never the reason why out of all the clubs we, a little boy from Serbia, chose to stick by this one. Juve always had something special, a feeling of a family, regardless of if it’s the players, fans or the people running the club. Juve, simply put, always had more style than anyone else, and everyone had their job, their role. Trezeguet, Nedved, Ale….they score our goals, fans make one hell of an atmosphere, and we put on a scarf, jersey and sit in front of the TV and cheer and cry and do everything together. That was (is) our job/love and our job is always done. And those players….you’d be proud in front of other kids, that they are your idols. Remember how you felt when during a game in the school yard everyone called you Nedved? “Nedved is alone on the other side, mark him!!” That’s what I’m talking about. You know who in the current roster is my idol still? Buffon! Yes, believe it or not, he is still playing, but it also shows you that because of the changes to football, idols and legends are still players.

We fell in love with the club because Juventus represented something we could identify with. Ravanelli once said “You see Lo Stile Juve in talking, in dressing, in acting. It’s a school of life.” And we always felt that.

Today, things are different. I don’t want to scare you, but sometimes you’ll have reasons to be happy, sometimes to be sad and broken, sometimes to be angry, and at times like this, you’ll need to be reminded: where did all this love come from. Sounds a bit weird right? And hey, you’ll get to see our club grow and develop, but obviously it will come with a price. You know what? Go to the closet, take out the jersey you last bought. Look at that badge and cherish the moment. Do it for the next 10 years. Not because the new ones that come will look ugly, oh no, that will always be an ongoing debate. It’s about the story behind it. And later in life you’ll wish you could go back to that moment and just breathe it in……..so do it now. If nothing, do it for me. And do the same every time you watch Ale play, and Gigi and Nedved, and all those magnificent men who stayed in Serie B, enjoy every second of it, cause that’s love and loyalty that comes once in a lifetime. Yes, I know it’s difficult to comprehend all this in one of the toughest years in Juve’s history…..but it will make sense someday.

I wish I could give you some advice, but everything you did got you to a point that you can sometimes watch games, fulfil some dreams, meet amazing people from around the world that share our passion. But just a heads up, later in 2006 a new social network platform is going online, and it’s called Twitter. Be careful with that because it can be a nasty place.

So this letter is not about me wanting to change anything, you just do you. And that’s exactly what I miss sometimes. I miss doing what you are doing, seeing things through your eyes, so maybe nostalgia made me write this, and wanting to feel the enthusiasm you do. This Juve today is making that very difficult with some of their changes, treatment of fans, some of their players……. you’ll see. But even so, writing this made me realize, that even though so many things change, the shirt is what matters and that’s what history has taught us, that what your guys in 2006 taught us, and that’s what somebody needs to teach the new generations, and also remind some of the older ones.

You’ve already been a Juventino for 10 years, but the ride is going be long and sometimes hard, and that’s what you are experiencing right now. There are going be a lot of things you won’t like, but believing and hoping for a better tomorrow is what we do best.

P.S. Don’t buy that blue jersey from the guy in the alley who sells them from funny looking boxes, it’s money thrown away.

P.P.S. You’re about to see a new player called Claudio Marchisio and he will immediately win you over. Maybe you’ve heard of him in the youth ranks. Support him with everything you got.

P.P.S. Marija cheated on you. Dump her first.