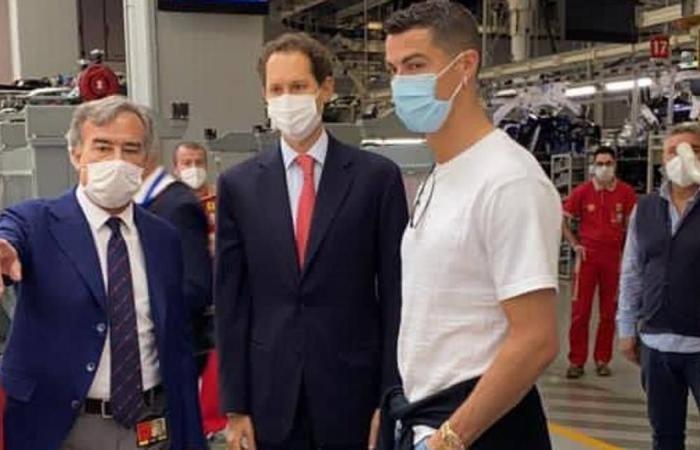 Reading between the lines as Ronaldo skips Juventus training (Opinion)

Cristiano Ronaldo was not in training on Monday morning, the day after Juventus’s devastating defeat at the hands of AC Milan.

The Portuguese was instead away visiting the Ferrari factory in Maranello accompanied by club chief Andrea Agnelli and John Elkann, as reported by Football.Italia.

Initial thoughts after reading the player skipped training, you automatically hear the alarm bells ringing, but this seems much more complicated than that.

The club is in turmoil at present, rumours of the manager Andrea Pirlo’s job being on the line after he oversaw a painful 3-0 home defeat at the weekend, one which has seen his side drop out of the top four with only three fixtures remaining.

Our hopes of finishing inside the top-four, and qualify for the Champions League are now in serious doubt, which also overshadows the club’s upcoming transfer window, which could be marred with players pushing to leave, with struggles of attracting new stars also.

Ronaldo will of course be the man that will most likely push for the exit door should we fail to secure a spot in Europe’s elite competition, and the timing of this meeting between the player and the chief should raise eyebrows.

I struggle to believe that CR7 would be able to cement an idea on his future with the cloud of doubt over our Champions League qualification, which tells me this meeting could be about one of two things.

Zinedine Zidane has been rumoured to be amongst the front-runners to take over from Andrea Pirlo next season, with him expected to be relinquished from his role at the Bernabeu, a manager that CR7 has worked under previously, winning many trophies including three consecutive Champions Leagues.

This meeting between Cristiano and Agnelli would surely have been about the possible hiring of ZZ, and what he could bring to the club, and likely on if he would be excited by the prospect of working under him once more.

I can’t help but think that Agnelli would also be seeking Ronaldo’s advice on the current dressing room, and whether Pirlo should be able to continue for the remaining three Serie A matches and the Coppa Italia.

Would it have been a wise move for Agnelli to have sounded out Ronaldo to find out what is going on behind the scenes with the team? Or would his opinion on his future and previous workings with Zizou have been the most likely reason for the meet?

Agent offers Ronaldo to Man United – Here are the details