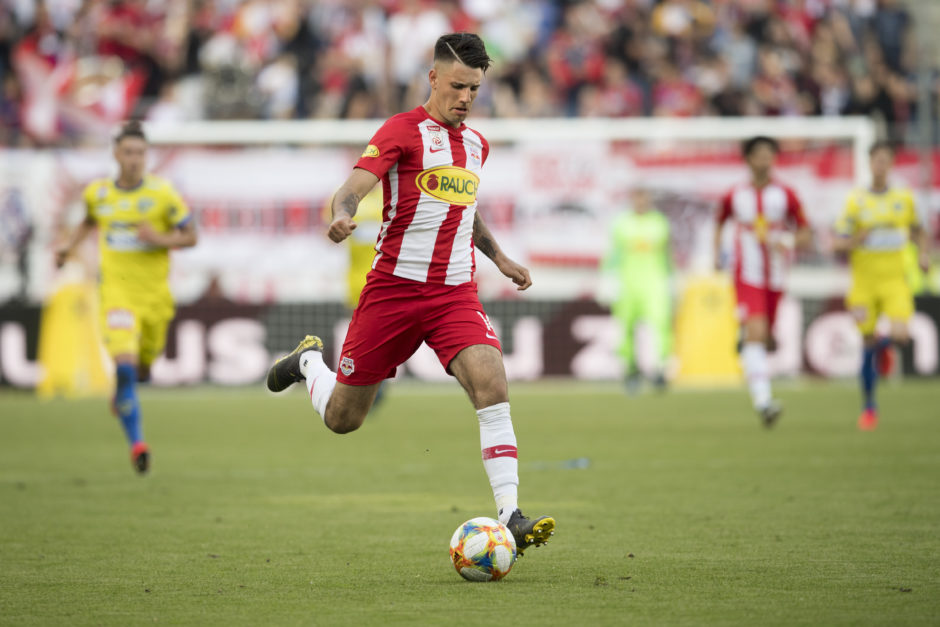 In the last transfer window, Red Bull Salzburg’s young starlet Dominik Szoboszlai was linked to Juventus several times, he was identified by the media as the right player to complete the Bianconeri’s midfield alongside other young and talented midfielders like Houssem Aouar and Sergej Milinkovic-Savic.

The 20-year-old Hungarian has recently caught the eye of Real Madrid, the Spanish giants have signed many promising players, like Vinicius Junior, Rodrygo and Federico Valverde and are now interested in signing Szoboszlai as a future replacement for Luka Modric.

As reported by Bild (via Calciomercato.it), Real Madrid’s boss Zinedine Zidane has personally called the young midfielder to ask him to join Los Blacos in January.

Salzburg is currently third in Group A in the Champions League, they have to win their last match against Atletico Madrid if they want to move forward to the knockout stages.

If they fail to qualify, Szoboszlai might leave the team as early as January, alternatively, the young midfielder could wait until the end of the season to move to a top-flight European league.

Juventus remain interested in the player, who can be signed for 25 million euros per his release clause, making him cheaper than Milinkovic-Savic, Aouar and other targets for the midfield.