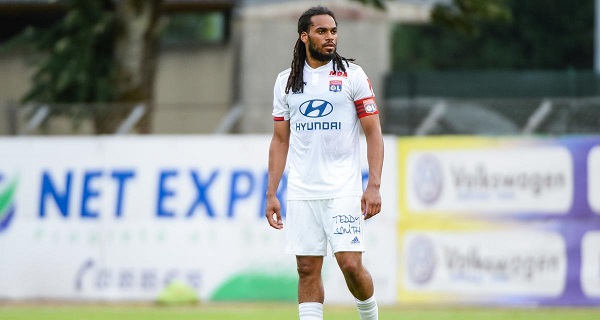 Real Madrid to compete with Juventus for Ligue 1 defender

Jason Denayer has entered the radar of Juventus in recent weeks as the Bianconeri attempt to add new players to their squad.

The Lyon defender would be out of contract at the end of this season and doesn’t want to extend his deal with the Ligue 1 side.

This has opened the door for him to join another top European club like Juve.

The Bianconeri will jump at the chance to sign a good defender like him for free at the end of this season.

The Spaniards have made Antonio Rudiger their number one defence target, but the report says a move for the Chelsea man is complicated.

Because of this, they have placed Denayer on standby in case they cannot get their preferred target.

Denayer would be a great signing to add to our squad in the summer, especially because he would be a free agent.

With doubts over the long-term future of Matthijs de Ligt continuing with us, adding Denayer to our squad alongside the return of Federico Gatti at the end of this season could help us with a strong defensive unit if we cash in on the Dutchman.

Juventus preparing to cash in on one of their star men

Struggling Serie A side wants Pirlo to be their next manager