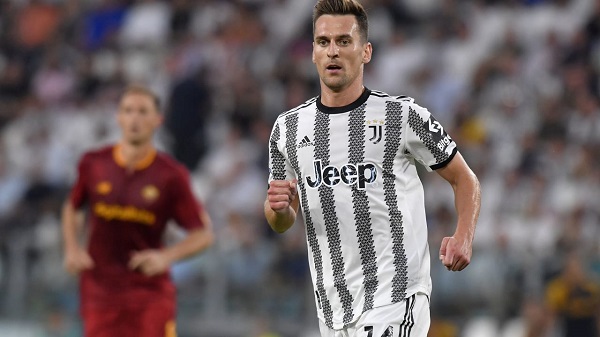 Angel di Maria was unhappy about the decision to sub off Arkadiusz Milik in Juventus’ 2-1 loss to Benfica yesterday.

The Bianconeri were leading the game at the start, thanks to an early goal from the Pole.

However, Benfica worked hard and overturned the result, which needed the Bianconeri to respond.

Max Allegri made several changes to his team, and one of the players he brought on was Di Maria.

The Argentinian is just returning from an injury layoff, and he couldn’t start, which meant he had to influence the game off the bench.

Allegri then substituted Milik shortly after Di Maria was introduced to the game, and the Argentinian was taken aback by the decision.

A new report on Calciomercato reveals he was still furious at the full-time whistle, and he approached Milik again to ask why he was taken out of the game.

The former PSG man didn’t follow other players to the pitch at the end of the game and stormed off instead.

After losing such an important game, every player at Juve should not be happy, and Di Maria’s reaction is expected.

However, he needs to understand that the manager is in charge, and his decisions have to be respected.