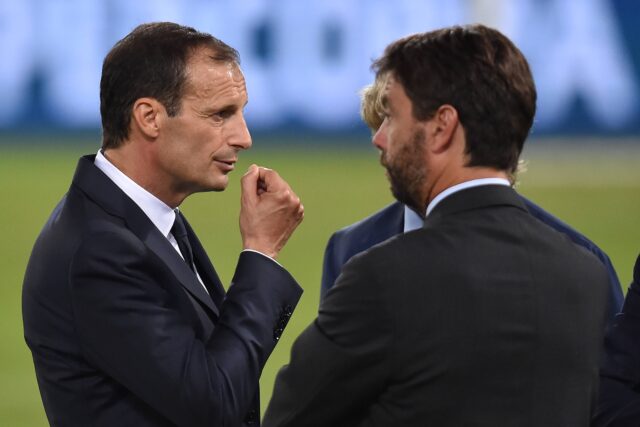 Since the summer, the general consensus has been that Juventus can’t afford to splash the cash on the transfer market.

During the last summer session, the Bianconeri parted ways with Cristiano Ronaldo without finding a proper replacement. On another front, the management spent months negotiating a deal with Sassuolo for Manuel Locatelli.

So the question that poses itself at the moment: How can the Old Lady suddenly afford to buy one of the hottest names on the European market?

As confirmed by Fabrizio Romano, Juventus have reached an agreement with Fiorentina for the transfer of Dusan Vlahovic. The Serbian should therefore complete a move to Turin in the next few days.

According to Tuttosport via ilBianconero, Juve’s management isn’t forbidden from completing major signings as long as we’re talking about important investments for the future.

So while the club’s new policy will prevent the directors from making signings for major fees than can’t be recuperated in the future (the likes of Gonzalo Higuain for 90 million euros and Cristiano Ronaldo for 100 millions), buying young stars is considered to be a safe and smart investment.

The source offers the examples of Matthijs de Ligt and Federico Chiesa. While the club paid important transfer fees for their arrivals, their value has increased since then. So the Bianconeri can either sell those stars for a profit, or rely on their services for several years to come.

As for Vlahovic’s transfer fee (which could reach 75 millions), the report believes that it’s provided by the last capital increase injected by the club’s ownership.