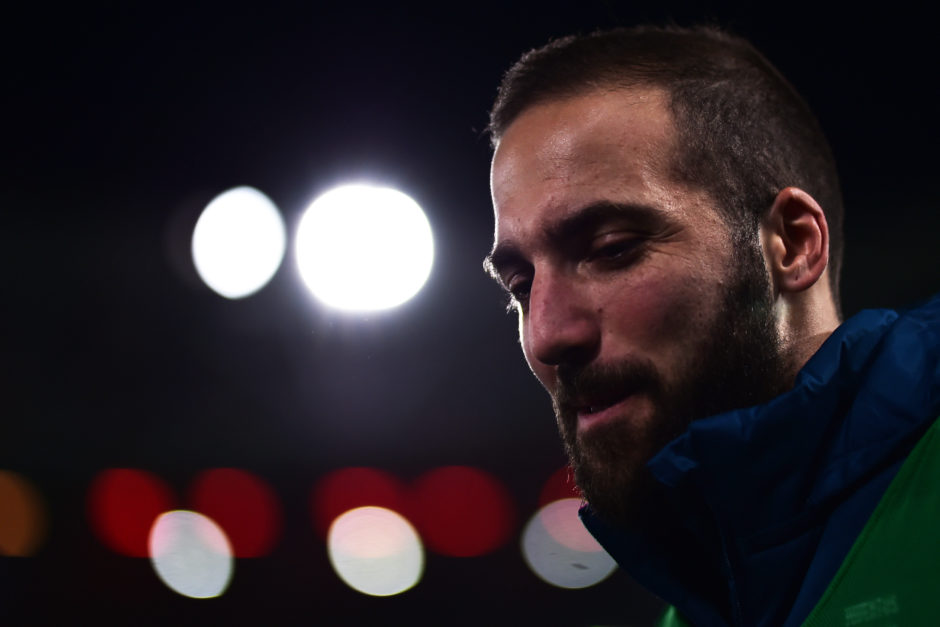 Gonzalo Higuain has agreed a move to Chelsea and is expected to complete the deal before the weekend.

Reports have circulated in both English and Italian media that the Argentine striker is looking to end his loan spell with Milan in favour of reuniting with Maurizio Sarri at Chelsea.

Sky Sport Italia reported late last night that the deal is now in place with Pipa expected to sign for the Blues on loan for the remainder of the season with a further option for another year loan, should certain conditions be met.

The Evening Standard also report that Chelsea ‘agreed a deal late last night’ for the striker and will have until Friday to register him in order to include him in the squad for the match against Arsenal.

The newspaper goes on to explain that the loan option for a further 12 months, beyond June 2019, will supplant the option to purchase outright that was included in Juve’s deal with Milan.

The option for a second season with the Blue’s will be primarily dependent on goals and appearances made by the Argentine for the club.

A deal could be finalised today which could lead to Higuain landing in London later today in order to undergo a medial and finalise the move this evening.

Aaron Ramsey to Juventus is done