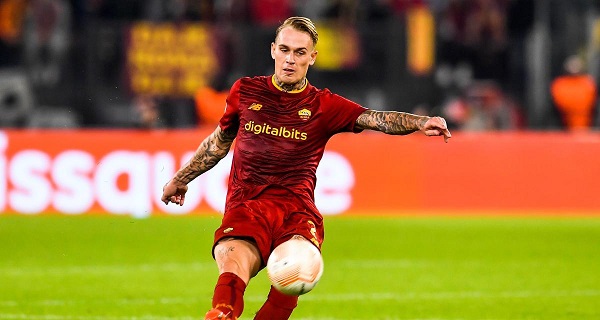 Juventus has been linked with a move for Rick Karsdorp as they search for more players to improve their squad.

The Bianconeri have spent the last few seasons working on improving the group and they signed several players in the last transfer window.

The team has struggled this season and has only just started winning consistently.

Some parts of the squad need to be boosted and Juve has targeted several players.

They want a new full-back and several names are on their radar, including AS Roma star, Karsdorp, according to Tuttomercatoweb.

The report reveals the right-back has fallen out with Jose Mourinho and Juve could take advantage of that broken relationship to sign him.

Karsdorp has been a fine Serie A player and it is sad that he has fallen out with Mourinho.

However, it hands us a chance to add him to our squad and he could be sold cheaper than expected because of this.

If we are serious about adding him to the group, now is the time to establish contact with his entourage.

If we start early enough, we could sign him by the start of next year instead of waiting until the summer.