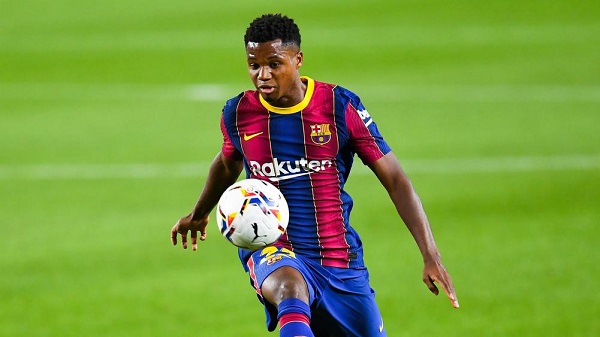 Ansu Fati has emerged as the latest talented player from Barcelona and the Catalans could lose him soon.

The attacker only turned 18 last October, but he has emerged as one of the key members of the current Barcelona team.

His fine performance for them has earned him a Spain call up on several occasions and has also seen the likes of Juventus become interested in him.

He is seen as an heir to Lionel Messi and that was one reason why the Catalans didn’t think about selling him when Juve had a strong interest in his signature in the summer.

But things have changed now, according to a report in Spain via Calciomercato.

The report says the Catalans are now open to selling him, which has now made a move to Juve a possibility.

It adds that his current long-term injury is a concern for the Spanish side, who think he will suffer a relapse in the future.

Because of that, they want to cash in on him while they can.

He has a contract with them until 2022, but they have the option of extending it for another two years.

If Juve is serious about landing him, they have to be prepared to pay at least 80m euros for his signature.

Juventus will play Porto without one of their more reliable players