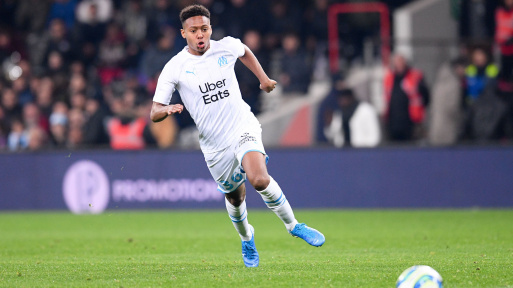 Juventus hasn’t been the busiest team in this transfer window, but that could be about to change with just a few days left before the window closes.

The Bianconeri have been linked with a move for some top players in this transfer window, with a new striker reportedly on the top of their list of priorities.

While they might not get a new striker before this month ends, they will surely do some transfer business and the first could be a swap deal with Olympique Marseille.

Sky Sports Italia via Calciomercato claims that Juventus is set to send Franco Tongya to France in exchange for Marley Ake.

While the former hasn’t broken into the Juve first team yet and has been building his career in the club’s youth system, the latter has already become a regular in France.

Ake has played 9 league games and 4 more in the Champions League for Marseille this season.

He is just 20 and plays on the wing or as a forward for the French side.

He hasn’t been talked about for much of this transfer window as Juve searched for another attacker, but he might become a good reserve option for them.

The report also says that the move could be a start of something good that might help Juve land Houssem Aouar in the summer because both players are represented by the same agent.

Juventus considering out of favour striker in exchange deal