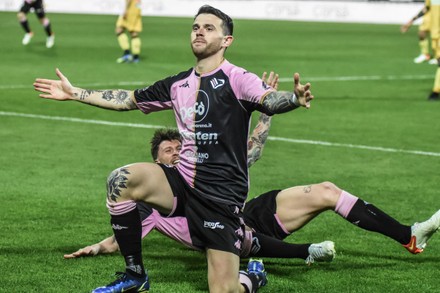 Report – Juventus striker Brunori set for Serie A next season

Juventus’ Matteo Brunori could play Serie A football next season after his stunning campaign in Serie C the last time out.

The Brazil-born Italian forward played on loan at Palermo in this just-concluded campaign and he scored 29 goals in 45 league matches.

These strikes were responsible for helping them gain promotion back to Serie B and they want to keep him.

However, he has interest from other clubs and one of them is the newly-promoted Cremonese.

They had Nicolo Fagioli on loan in their team last season, and they benefitted from his performances.

They are now returning for another Juve player, according to Tuttojuve.

Brunori plays for the club’s under-23 and he will hardly get a chance in the first team, which is why a move to Cremonese is the best for him if he has the desire to play in Serie A.

Brunori has taken his chance to make a name for himself in Italy’s lower leagues and he probably deserves to be on the books of a Serie A club now.

We will hardly stand in his way if Cremonese or any other top-flight club shows a serious interest in his signature.