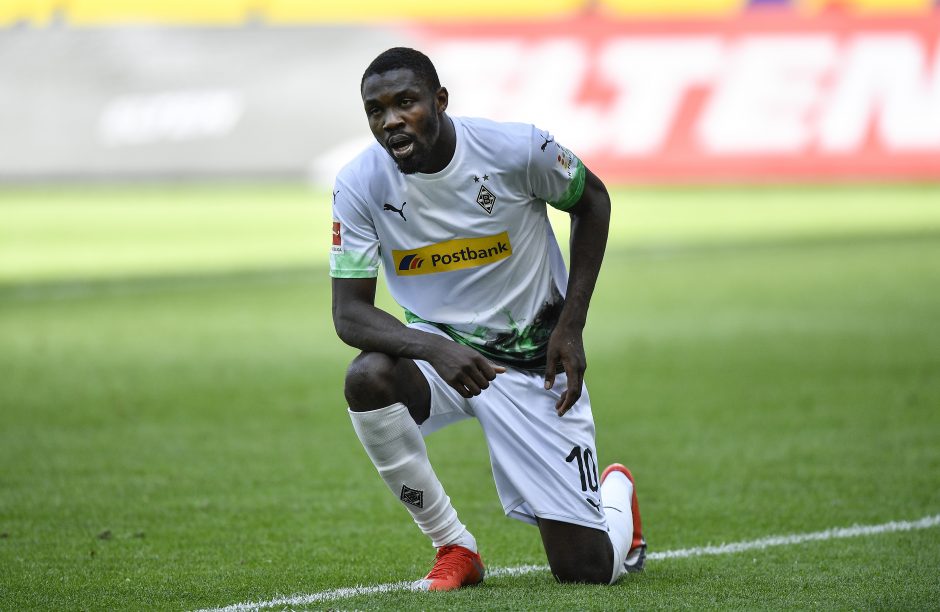 Report – Juventus target is ready to quit his present club

Juventus could land Marcus Thuram at the end of this season as the Frenchman nears leaving Borussia Monchengladbach.

He has entered the last year of his current deal at the Bundesliga club and they are keen to sign him onto a new one.

However, he has been reluctant to accept their offer, opening the door for other clubs to add him to their squad.

Juve is one of them and a new report via Tuttojuve has given them hope he could join them at the end of this season.

It claims the striker is certainly on his way out of Gladbach and now it is left for his suitors to make him an offer.

The son of Lilian Thuram will add more goals and speed to Juve’s attack if they add him to their group.

Thuram is one of the finest young attackers in Europe, which is why he has been selected to represent France at the World Cup.

We will benefit from having him in our squad from next season, but we must hand him a convincing proposal to win the race for his signature.

Speed is also important when chasing a free agent and we will be smart to strike an agreement with him by January.