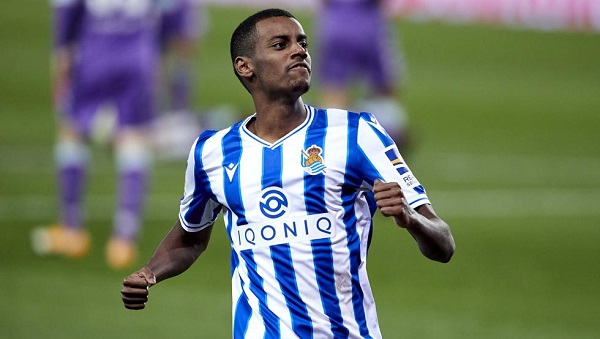 Juventus wants another striker and they will get one in the summer if everything goes to plan.

They have relied on Alvaro Morata as their lone striker in this campaign and that might be one reason why they have been eliminated from the Champions League and are struggling in the league.

They wanted to sign a new attacker in the last transfer window and targeted some interesting names.

The window closed with no one joining them, but they should address that problem in the next transfer window.

They have been linked with several attackers, but Calciomercato says they have taken their search to La Liga and have two strikers on their mind.

The report says they want to land Youssef En-Nesyri of Sevilla and Alexander Isak of Real Sociedad.

Both strikers are two of the best in the Spanish top flight at the moment and the Bianconeri feel that they can do a job for them next season.

En-Nesyri has 20 goals in 40 competitive matches for Sevilla this season, six have been in the Champions League.

Isak is just 21 and has been the main goalscorer at Real Sociedad in this campaign and has scored 12 goals in 23 league games.

Juve believes that they have the profile and talent to help them with goals in the next campaign.

“Yes, it can be” Zidane says Ronaldo can make Madrid return