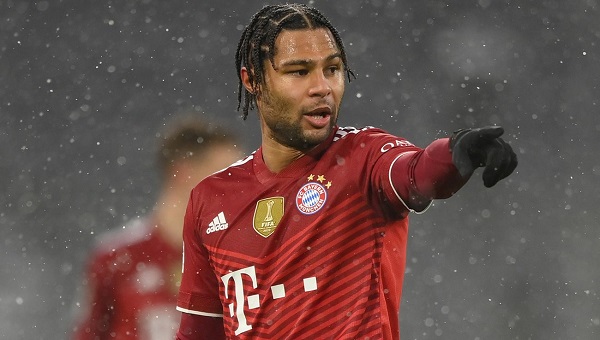 Juventus has been named as one of the clubs looking to sign Bayern Munich’s attacker, Serge Gnabry.

The German would be out of contract in 2023, but his present employers are struggling to get him on a new deal and that could see them offload him in the summer.

Fichajes.net claims some of Europe’s top clubs want to add him to their squad and one of them is Juve.

The Bianconeri continue to bolster their squad with the best players they can get and a move for him could be on the cards.

Without Paulo Dybala, Juve’s attack will be significantly weakened, but they might also lose Alvaro Morata, who is only at the Allianz Stadium on loan from Atletico Madrid.

Adding Gnabry to a front-three alongside Dusan Vlahovic and Federico Chiesa will be an exciting team sheet to their fans and a frightening one to opponents.

Gnabry has been one of Europe’s biggest players and he would significantly improve our level of performance if he makes the move.

However, if he is not extending his deal at Bayern Munich because of money, Juve might struggle to also sign him because we have been cutting down on our salary offerings recently.

Juventus target wants to play in South America instead of Italy

Juventus hopeful Lazio will accept a swap deal for their target