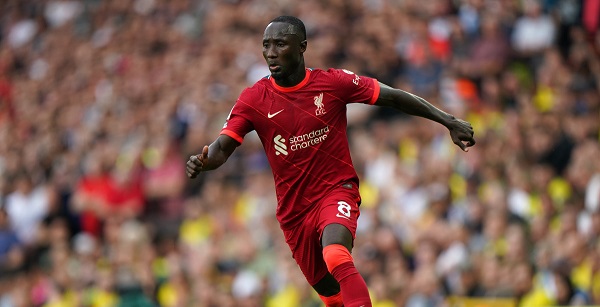 Report links Juventus with a move for Liverpool midfielder

Juventus has been linked with a move for unsettled Liverpool midfielder Naby Keita.

The Guinean is in the final 18 months of his current deal with the Reds and he could leave the club in the summer.

The Reds have continued to strengthen their squad and the next player they are looking to sign is AC Milan’s Franck Kessie.

The Ivorian will probably leave the San Siro at the end of this season unless a new agreement is found between him and the club.

This is because Calciomercato.it claims Liverpool is closing in on a move for the Ivorian. This would make Keita available for transfer.

The former RB Leipzig star could become Juve’s solution in midfield at the end of this season.

Keita has been injury-prone since he joined Liverpool and this has contributed to him playing just a few games for the club.

However, he is a class act and he can dominate any game when he is in full flow.

Maybe his body does not suit the Premier League, and that is why he has struggled there now.

A move to Turin could change all that, but it remains unclear how much Liverpool will demand for his signature.