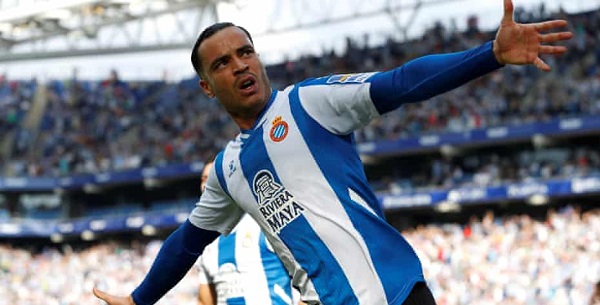 Report: Morata’s replacement at Juventus could be another Spaniard

Even though Juventus haven’t entirely closed the door on Alvaro Morata’s return, the management is already looking for alternatives.

The Spaniard spent the last two campaigns on loan from Atletico Madrid, but the Bianconeri were unwilling to splash another 35 million euros to maintain his services on a permanent basis.

So unless the Colchoneros agree to release the striker on a discount, the 29-year-old won’t be a part of Max Allegri’s squad for the upcoming campaign.

Nonetheless, Morata’s replacement could be yet another Spaniard.

According to il Mundo Deportivo via JuventusNews24, Raul De Tomas has emerged as option for Juventus.

The 27-year-old is a youth product of Real Madrid who eventually found his niche at Espanyol.

He has been sharpening his tools with the Catalan club since joining its ranks in January 2020. He mainly operates as a center forward, but can also act as a second striker.

Last season, De Tomas caught the attention of Spain coach Luis Enrique who handed him his international debut last November. The attacker now has four caps to his name.

The source also mentions Sevilla and Newcastle as possible suitors for the player.

The report adds that the Spaniard’s release clause is set at 75 million euros. However, his starting price would be closer to 35 millions.

Despite his impressive campaign, Juventus are unlikely to splash such a large sum on a backup striker for Dusan Vlahovic.

The Bianconeri have other departments to bolster, and would prefer to find a cheaper and more experienced profile for the vice-Vlahovic role.