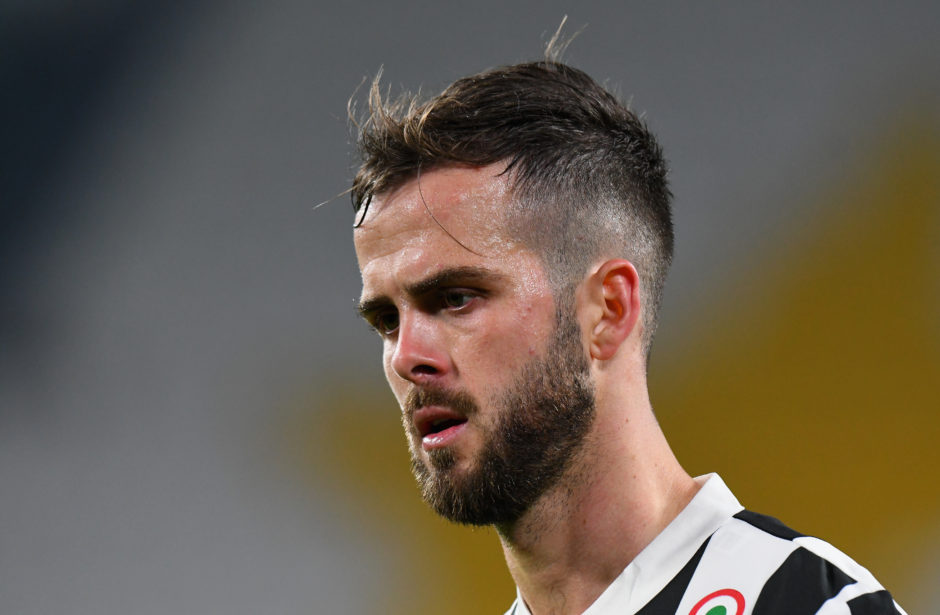 Miralem Pjanic has ‘already agreed a deal’ with Barcelona according to Barca TV journalist Francesc Aguilar.

Reports in the Italian and Spanish press have suggested that the two clubs are in talks with the main focus of their discussions being Miralem Pjanic and Arthur Melo.

“According to my information, Barca have already agreed a deal with Pjanic,” Barca TV journalist Francesc Aguilar told TuttoJuve.com.

“He has always wanted to play for the Blaugrana. Juventus want to improve and extend his contract by a year, but at the moment there’s nothing new on that.

“I spoke to people close to Arthur Melo this morning, and they confirmed he does not want to leave Barcelona. He already said no to Inter, as he could’ve been part of the Lautaro Martinez move.

“Now, despite the efforts of Fabio Paratici, he continues to block any sale and is even more against the idea of being part of an exchange.”

The Bianconeri are also reportedly interested in Ivan Rakitic and Arturo Vidal.

“Juve have already tried for Rakitic and came close. He wants to go back to Sevilla, but the Andalusians can’t pay his salary,” continued Aguilar.

“Vidal has a basic agreement in place with Inter and could move there as part of the Lautaro Martinez deal or in a direct negotiation with Barca. In any case, he wants to reunite with Antonio Conte.

“Barca really like Mattia De Sciglio, who could be a good reinforcement if Nelson Semedo goes to Manchester City, which is possible after the Portuguese player demanded a big pay rise.

“Rugani was liked a while ago, but is not a priority right now. I see De Sciglio as being more feasible than Rugani.”

‘One positive test and Serie A stops’