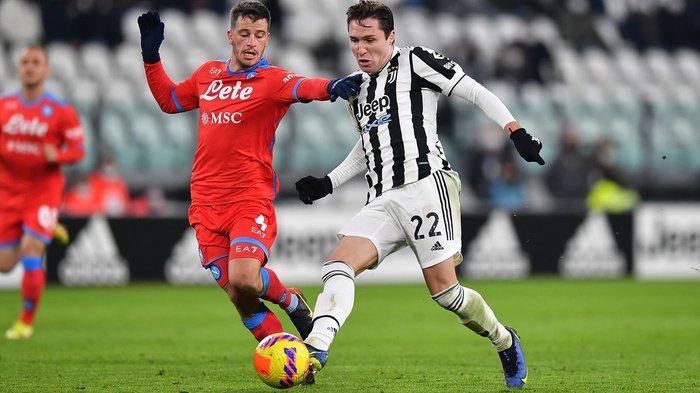 Since the beginning of the year, Juventus have been forced to operate without the all-important services of one of club’s biggest stars.

Last January, Federico Chiesa sustained an anterior cruciate ligament injury that has kept him out of action ever since that clash at the Olimpico Stadium in Rome.

While some were expecting the winger to gradually return to action come September, his grand return has been put on ice.

At the moment, it appears that the Euro 2020 winner won’t feature in a competitive match for the Bianconeri until the season restarts in January following the World Cup in Qatar.

So what’s the reason behind the disappointing delay?

According to la Gazzetta dello Sport via JuventusNews24, Chiesa was beginning to push harder in his specialized training regime around mid-August, as he felt that his full recovery is edging closer.

However, the player’s knee swelled up, forcing the medical staff to interrupt his rehabilitation program.

Luckily, the source notes that the condition has now stabilized. Chiesa is no longer feeling the pain and has already resumed training.

But instead of making a return between September and October, we’ll all have to wait further for the much-anticipated return of the brilliant winger.

Vlahovic can join elusive club by scoring against Salernitana