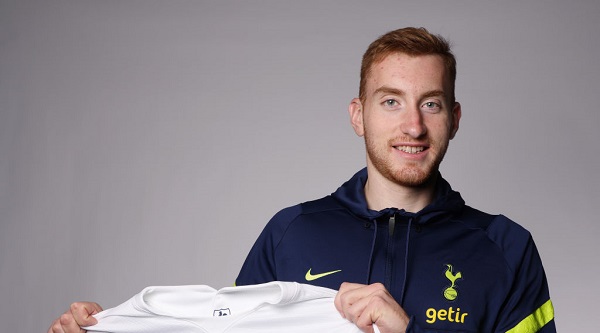 After struggling to make an impact in Turin for 18 months, Dejan Kulusevski found himself a safe haven at Tottenham Hotspur. The winger made the switch from Juventus to North London last January alongside Rodrigo Bentancur.

The duo instantly cemented themselves as regular starters in Antonio Conte’s court. But while the Uruguayan completed a permanent transfer, the Swede remains on the Old Lady’s books.

Initially, observers had no doubt over the 22-year-old’s future, as it was widely believed that transfer would be made permanent at the end of his 18-month loan stint. However, a recent report suggests that the situation is no longer as certain as it had been previously suggested.

According to Calciomercato, Tottenham’s current negative form saw them dropping out of the Top four, which could jeopardize the whole operation.

As the source explains, Kulusevski’s permanent transfer would be triggered by two conditions. The first requires the player to feature in 50% of the fixtures, while the second is reaching the next edition of the Champions League.

Furthermore, the fates of both Antonio Conte and Fabio Paratici are shrouded with doubt, which could also affect the winger’s future, as the report suggests.

Even if the conditions for the obligation to buy aren’t met, one would think that the Spurs would exercise their right to redeem the player’s contract anyway. After all, 35 million euros for a young and talented winger is a bargain price in the Premier League’s current parameters.