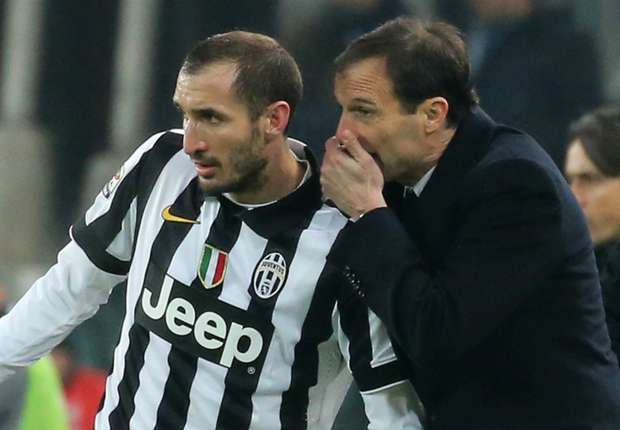 Revealed: What Chiellini told Allegri about Juventus during their match against Empoli

Giorgio Chiellini and Massimiliano Allegri were caught on camera in deep discussion during Juventus’ 1-0 loss to Empoli yesterday.

The defender is currently nursing an injury and he didn’t feature in that match for the Bianconeri.

Juve had hoped to win the game after starting their campaign with a draw at Udinese last weekend.

They know that they have to get wins and Empoli was the perfect opponent for them yesterday, considering that they had just come up from Serie B.

However, they stunned Juventus to earn a 1-0 win in a game that exposed the hosts for not being ready for the new campaign.

Chiellini watched as his teammates struggled to get a grip of the game and he spoke with his manager about their performance.

Football Italia reports that the less than impressed Euro 2020 winner told Allegri:  ‘It’s not a team’.

His statement was in response to comments that Allegri has made to him, but the boss covered his mouth while speaking.

Juve players will hope to return from the international break in better shape.