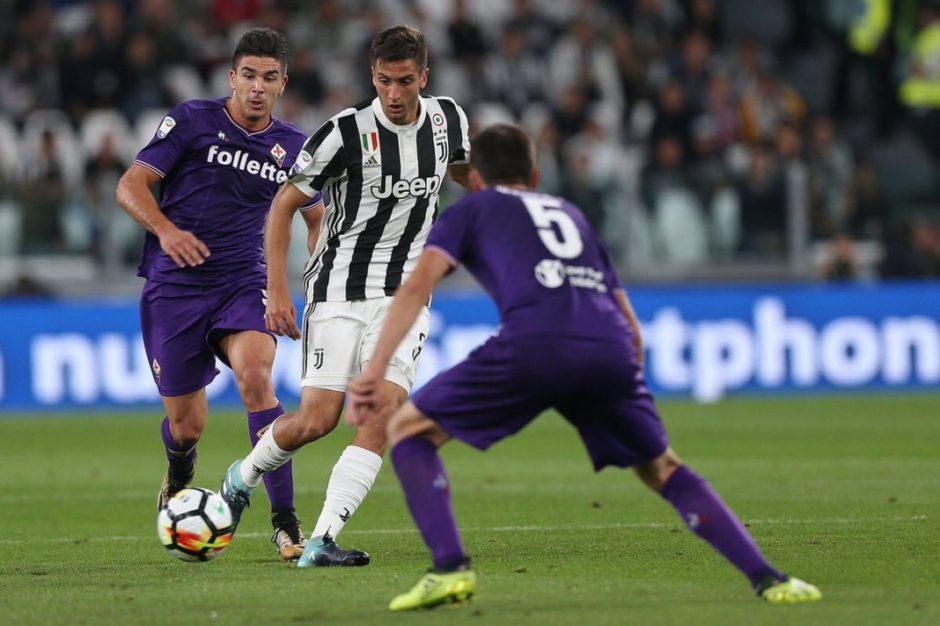 Video Highlights from Breaking The Lines

I have followed the Uruguayan starlet for many moons, since he was picked up as an option as part of the Tevez deal in July 2015. This included a 2 year loan of Vadala, of whom there were such great hopes…and also the options to sign – alongside Rodrigo – Cristaldo and Cubas. I remain unsure on the Cubas outcome as he moved to Pescara before our option expired (which I never quite understood in fine detail), then…back to Boca and loaned to another Argie club. Cristaldo was of less interest, Vadala failed not miserably, but failed nonetheless. Yet from those early days, it was clear to me that Bentancur had the strongest potential.

He was already making inroads into the Boca first XI. Firstly as a DM or regista, but with the progression of Cubas – tough tackling dwarf dynamo – the system was changed and Bentancur was moved to a more central position often shaped as a diamond. This allowed him to demonstrate his offensive talents more regularly. And I kept watching…

I saw a player of wonderful technique on the ball. A curiously languid style, wherein he often looked slow, but once with the ball at his feet he changed direction and pace from ponderous to gallop in a heartbeat. He also appeared very capable in close quarters, utilising his frame, swiftness of thought and ball control to extricate himself from tight situations with the ball at his feet. Passing was very encouraging, both long and short, and whilst he could tackle, he appeared more prone to following and assuming the direction of travel and intelligently blocking and nicking the ball to then rapidly pick out a pass to begin an attack. His only flaw appeared his final product…and he moved a lot quicker than he seemed to. Which makes little sense, but others are seeing this now. He glides rather than sprints.

He captained the Uruguay U20 squad to champions of the South America U20 tournament early this year. Then led his side to top the group in the U20 World Cup in South Korea, who ended up 4th after a 3rd place play off with Italy.

I am unsurprised that he has already forced his way into Allegri’s first team plans. His quality is plain for all to see. In some ways he reminds me of Pogba, in terms of his ability to collect or nick the ball deep and carry it forward, producing crisp, swift passing. It is true that he lacks meat on the bones, but he is very well accustomed to south american football which is rugged as valhalla and he will bulk up.

His end product is only an issue in terms of shooting. This can be coached. The rest of his game seems splendid. Sublime ball control, beautiful turn of pace and intelligent, expansive distribution.

In terms of his natural position, I would suggest he is at his best in a box to box role. He might prove in the coming years more valuable higher up the field but presently his skillset is most pronounced when tasked with collecting or nicking the ball deep and either striding into space or picking out a runner. I welcome any player who is centrally based and ultra comfortable on the ball, a talent Rodrigo has in spades. He can make complicated moves look effortless.

Clearly we have a serious talent on our hands. He could well end up the revelation of the year if chances come his way and his shooting can improve. Already he is gaining first team action, which bodes superbly for the future. I believe he has also recently been called up for the senior Uruguay squad. Startling progress for a 20 year old…

Huge hopes for the lad.