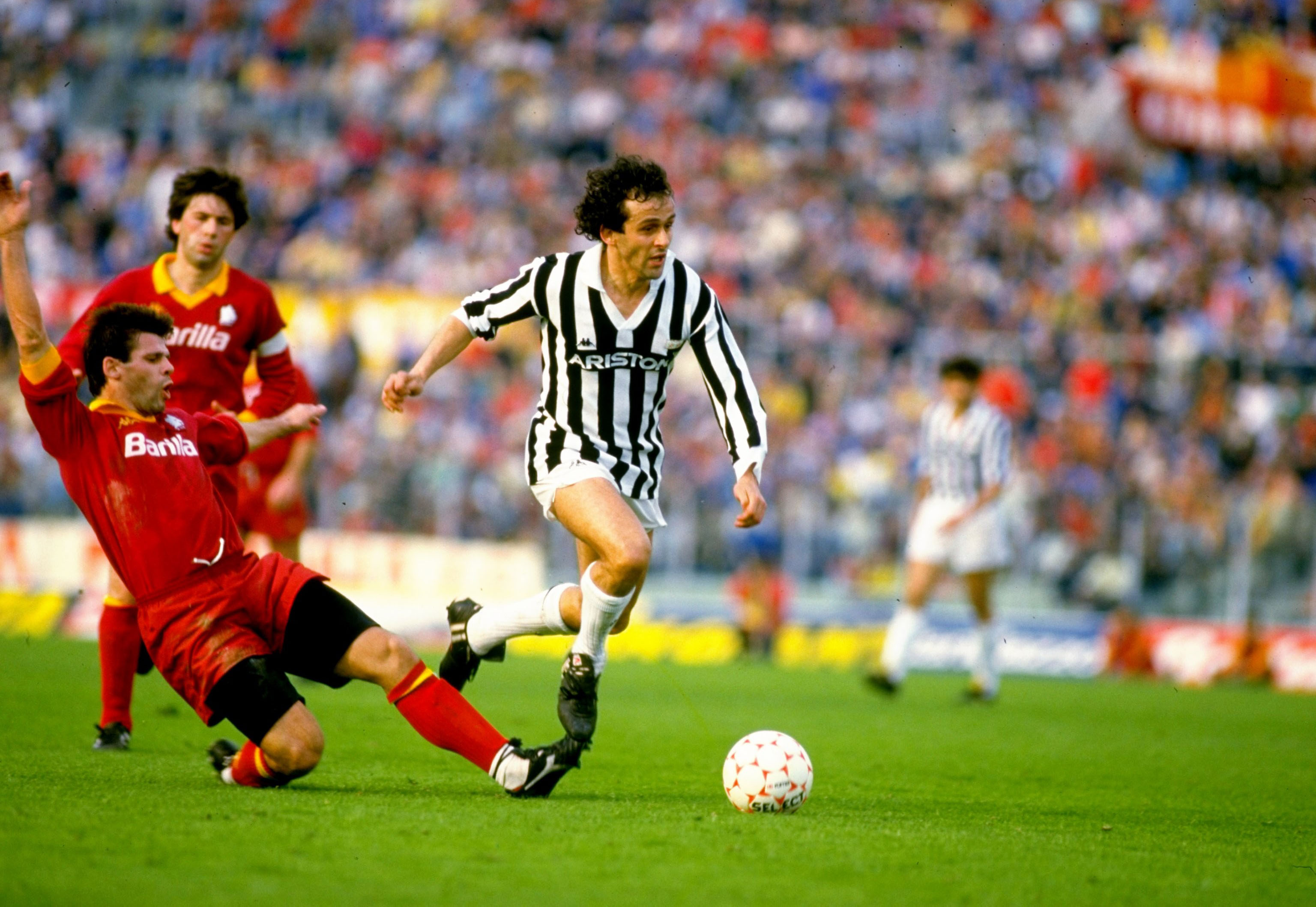 What a weird match. Neither team had anything to play for aside from pride, Juve clinching the Scudetto last week, and Roma firmly in second place. Yet we still had a decently exciting game. Both sides bypassed the midfield, disappointing for neutral spectators as both Roma and Juve boast skilled midfielders, and we saw lots of chances from both sides.

Despite all of this attacking play, the game was 0-0 for 93 for the 94 minutes it lasted. And everybody seemed more or less ok with that. Obviously these professionals all prefer to win, but many of them are probably now more focused on either next season, the World Cup, or leaving their teams during the transfer window, depending on their individual situation.

Until Dani Osvaldo came on. Osvaldo was met with a deafening chorus of booing, presumably at least half of which was from Roma fans. This must have jarred him out of his slumber, or maybe he finally learned what that silly offside thing was. Either way, with seconds left on the clock, Osvaldo scored against his ex-team.

This is the type of stuff they script in a Hollywood movie, though I am a firm believe that truth is always stranger than fiction. Nobody seemed more please at this goal than Conte, aside from Osvaldo himself. While he may have been a mediocre player for most of his Juve tenure (up until this point), Osvaldo has at least provided Juve with perhaps her funniest moment of the season. By the way, this was Osvaldo’s first Serie A goal this season.

Now that I have given Osvaldo – and Conte – their Master Trolling award, it’s time to rate the players.

Storari: 7.5. He’s gotta be one of the best back up goalkeepers in the world. Storari had a handful of impressive saves, which, coupled with some sitters from Roma players, assured that Juve kept a clean sheet. It’d be nice to see Storari start next week, to give him some more time and to give Buffon some rest before the World Cup.

Barzagli: 6. I am a tad worried that Barzagli could find himself on the bench in Brazil, he has not really returned to his great form since his injury. Still, he wasn’t bad,

Caceres (74′): 6. The “New Barzagli” – just wait, he will be replacing Andrea by this time next season – played much like the Old Barzagli. Not bad, not especially good either. But then, Caceres was only on for 20 minutes.

Bonucci: 6. He had a poor pass that led to a great Gervinho shot. Had Gervinho not bottled said shot, Bonucci would have been to blame for a goal. Aside from that, a secure performance.

Chiellini: 6.5. Extra points for pissing off Roma players and making them pick up yellow cards. Chiellini and Totti are going to have to have a cage match to settle their differences, though Chiellini also traded fouls with Miralem Pjanic today as well.

Lichtsteiner: 7. He always shines versus Roma. Must be leftover hatred from his days with Lazio, bagged an assist on Osvaldo’s goal, and performed when called upon.

Asamoah: 6.5. It’s getting repetitive, but like most of the players today he had a decent game. Asamoah is in great form, has been one of Juve’s best players in 2014, and is making me worried as a USMNT fan ahead of the World Cup.

Padoin: 6. No more goal scoring heroics from Simone this week. Instead, Antonio Conte’s favorite player was what Claudio Marchisio often gets accused of being: invisible.

Pirlo: 6. Pretty bland from Pirlo today. He had some nice passes but he wasn’t creating any truly dangerous chances.

Pogba: 6.5. Some nice moments of flair by Pogba, and he was denied of a goal only by the goalpost. Picked up a few too many fouls though, but he never got a yellow card so perhaps he was just too strong for the other players.

Tevez: 6.5. Had a chance to score, but for some odd reason he was dribbling and fooling around and only managed to get the shot off with his weak foot.

Llorente: 6. Was in all the right spaces today, and totally owned Mehdi Benatia, but he just was not finishing. Very frustrating as he was constantly getting chances and finding space.

Osvaldo (75′): 7. Great response to a very vicious reaction from Roma fans. Scoring is the perfect way to shut haters up. Though I still don’t think Juve should buy him. That said, I will always be grateful for the laughs he gave me with his goal today.

Juventus cruise to victory in Rome as Lazio prove wasteful