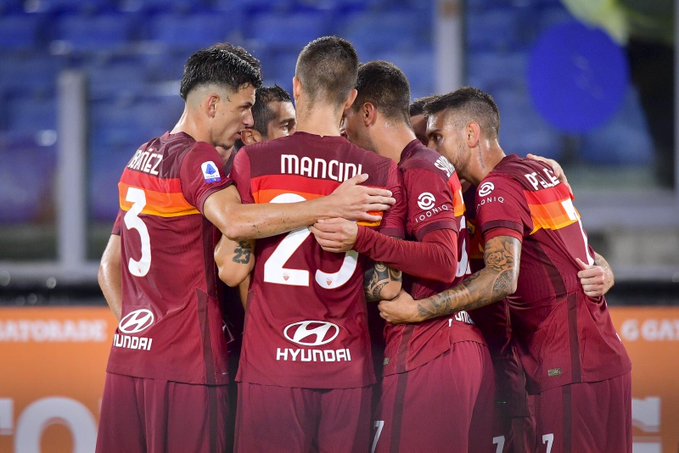 Fresh from winning the Nations League with France, AS Roma midfielder, Jordan Veretout is targeting a win against Juventus this weekend.

The Frenchman says he feels great to have won a trophy with his country and he is now targeting a return to form with Roma.

Their next match would be against Juventus this weekend and it is one of the biggest fixtures they will play this season.

They have already lost the Rome derby to Lazio and they don’t have the best of records against the top Italian clubs.

However, he hopes that changes against the Bianconeri when club football returns.

Although Jose Mourinho is famed for his defensive tactics, Veretout insists that they always play their matches to earn all three points.

He further insists that they know it would be a big deal to win away at Juventus, but they can achieve it because Mourinho has changed their mindset and they now work even harder under the tactician.

“Winning a trophy with France is the most wonderful feeling,” he told Sky Sport Italia as quoted by Football Italia.

“Now we’ve got a difficult month coming up with Roma, starting with Juve this weekend. We didn’t beat any of the big clubs last season, so I hope we can do better this time.”

“We always play to win and that is our objective going to Turin. We have a coach who won almost everything and that makes a difference. Winning away to Juventus would be an important result.

“Mourinho changed our mentality and in training we work twice as hard to satisfy him. If we continue like this, we can go far.

“I am scoring goals more consistently now, but I can do even better. I practice penalties every day, trying to totally relax when I put the ball on the spot. It’s a psychological game with the goalkeeper, you have to stay calm and I’ll aim to keep that attitude even if one day I get it wrong.”