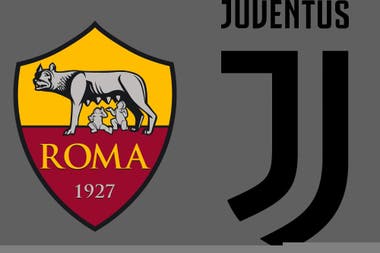 The Napoli game was a huge blown opportunity for Juventus for the potentially positive ramifications of a win. Instead, the Bianconeri played with subpar sense of urgency and even seemed to settle for a tie at times. As suspected, the Partenopei, despite their absences, did not look in disarray and came to play. Still, the Old Lady was in much better shape and should have fared accordingly. If you do not rise to the occasion in head-to-head clashes, you have to make hay against the minnows. That has been the case only in the final stages of 2021, so the road to a Champions League spot is impervious.

It was nice to have Federico Chiesa back after injury. There are some areas where he can improve, as he often tries to do too much on his own, but the electricity he brings is second to none in the roster. Since the coach likes to sit back so much, and the attackers have miles to cover before arriving at firing distance, at last now the aptest player for that is now available.

Still, Juventus desperately need to come up with an offensive plan that is not just predicated upon their stars going to work. Given what happened in the past, it is unlikely to come to fruition, but would be the real cure to the spotty production. And it is not justifiable for Massimiliano Allegri to repeatedly yell to the players to be calm. Since the squad is not clinical to say the least, it has better a chance to score when they turn it up a notch, even if it leads to some frenzy.

On the negative side, on top of the result, the hybrid 4-4-2 returned once Paulo Dybala was deployed. It works a little better with Weston McKennie on one flank and not Adrien Rabiot, whose low energy level is ghastly at times. But it seems like unnecessary over-adjusting given that the pieces can fit together in simpler schemes.

The defense did not outright struggle, but it looked a bit shaky with both Leonardo Bonucci and Giorgio Chiellini out of the lineup. Matthijs De Ligt and Daniele Rugani did not do badly per se, but they were not commanding. Leonardo Bonucci might not be the most rugged defender, but his contribution to the ball-handling is very noticeable when he is missing, and that is a key aspect nowadays. Moreover, having Juan Cuadrado and Alex Sandro as the fullbacks was a big gamble in such situation. The ever-inconsistent Brazilian has looked shot once Luca Pellegrini started to eat at his playing time. He is out for this one for a minor injury.

Chiellini and Pellegrini are available but the gaffer suggested they will not start. There will be some rotation to manage the energies, also due to the upcoming Supercoppa. Paulo Dybala is rumored to be in the XI, and Moise Kean and Rodrigo Bentancur could be picked over Alvaro Morata and Weston McKennie. Federico Bernardeschi might get a day off too. The choice between him and Adrien Rabiot, or other central midfielders, will determine the scheme.

Roma’s season has been fairly disappointing up to this point. They do have a lot of talent on the roster, and that has produced a few quality outings from time to time. But they have also been maddeningly inconsistent and prone to glaring missteps where they do not show up. Similarly to Juventus, it does not look like hiring a charismatic but old-fashioned coach has had the benefits they were hoping.

They have been poor when going against the most competitive sides, as they lost to Lazio, Milan twice and Inter, plus the first game versus the Bianconeri. Their only really impressive win came at the expense of Atalanta, but they were not able to follow it up in a positive fashion.

They have a new tactic compared to the October showdown, as they use 3-5-2 now. Its level of aggressiveness hinges on who plays on the flanks. With Rick Karsdorp suspended, they could either deploy newcomer Ainsley Maitland-Niles right away, adapt center-back Roger Ibanez, or winger Stephan El Shaarawy. The difference in style is quite significant. The former Milan-man is also an option for the left flank, where he would compete with Matias Vina.

José Mourinho devised it once Lorenzo Pellegrini went down and Chris Smalling returned from injury, so they had more reliable center-backs than attackers. They also wanted to have somebody closer to Tammy Abraham, whom they often left stranded. The coach confirmed it once their captain came back in the first game of 2022, making it more aggressive since he replaced their most defensive midfielder, Bryan Cristante. While they had a lot of playmakers on the pitch, they struggled to keep up with Milan’s intensity.

There will have to be some tweaks since Gianluca Mancini got a red card too and, while the three-man defense is still feasible with Marash Kumbulla or Cristante filling in, it might make more sense to go back to 4-2-3-1. Mourinho, similarly to Allegri, likes to play mind games or come up with new solutions in big spots, so some surprises could be in the cards.

In any case, the new formation had worked out just fine, and their issues are more in other areas, maybe mental, than tactical. After a pedestrian start, Henrikh Mkhitaryan bounced back as a box-to-box as he got more touches than when he was out wide, and Nicolò Zaniolo had his best performances as second-striker, where he has a lot of freedom to pick his spots. Factoring in also Jordan Veretout’s all-around skill-set, their strike force is remarkable.

Yet, at times it feels like they do not have an alternative strategy once you take away the counter-attacking game, where they are masterful. They too lack cohesive team play in the final third, even though they have a few willing passers. They get frustrated too easily, especially Abraham and Zaniolo, when they do not manage to impose their will and their physicality, and tend to have a glass jaw. Even though they improved on goal with Rui Patricio and have more defenders on the pitch, the lousiness in the back might be inherent, and Mancini being unavailable will exacerbate it.

Since Mourinho and Allegri are stuck in a different era, it will probably be a low-scoring chess match, although both sides, given their explosive contributors, could fare better if let loose.

Video – Happy birthday, Manuel! The best of Locatelli at Juventus