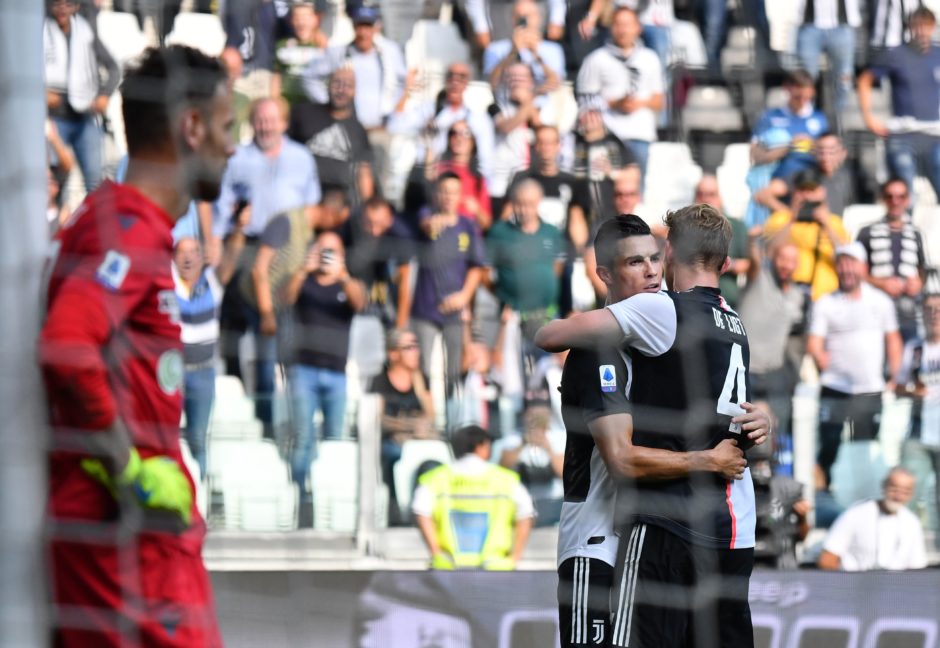 Ronaldo and De Ligt to return

Cristiano Ronaldo and Mattias De Ligt are expected to return to the Juventus starting XI this weekend.

The Dutch defender sat out the Bianconeri’s midweek Champions League win over Lokomotiv Moscow having sustained a sprained ankle in Juve’s victory in the Derby Della Mole.

Thankfully, the injury is not expected to be serious and De Ligt is scheduled to return to training in the coming days, meaning he will be in contention to play against Milan on Sunday.

Ronaldo was substituted midweek with Sarri confirming that the Portugese forward was suffering with adductor fatigue but Goal Italia’s Romeo Agresti reports the injury is not serious and CR7 should start in this weekends fixture.