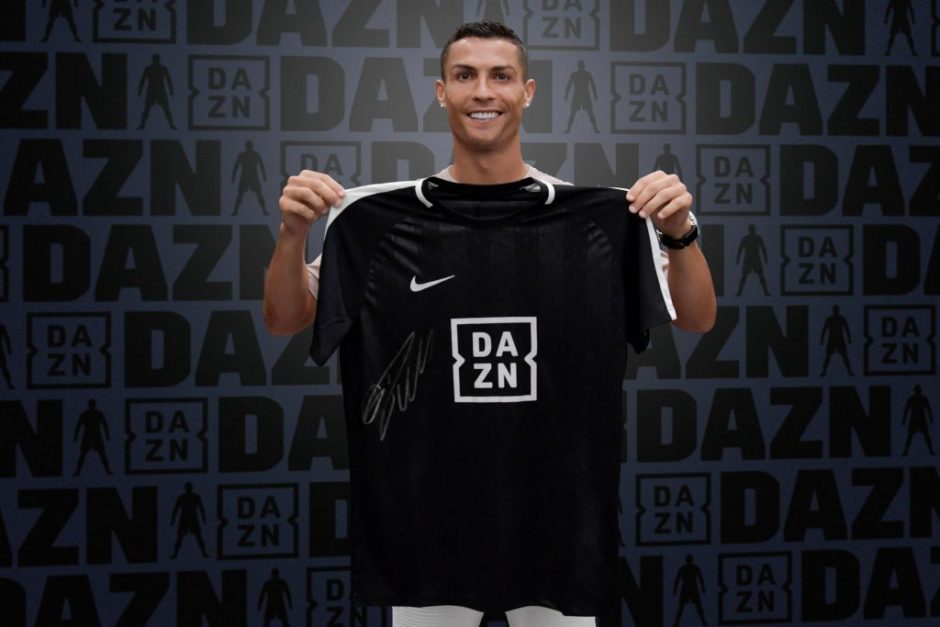 Cristiano Ronaldo has reiterated his desire for European glory with the Bianconeri, saying “I want to win the Champions League with Juventus.”

The Portuguese superstar was announced as the brand ambassador for broadcaster DAZN and gave them an exclusive interview about his hopes for the season ahead.

“We’ll focus on that, with my teammates, but without obsessing over it. We’ll go step by step and then we’ll see: if it’s this year, next year or the year after that…

“The objective for the club is to win the League, Coppa Italia and, of course. do our best in the Champions League.”

The 33-year-old was also asked about his son, Cristiano Jr and his competitive nature.

“He’ll become like me, I’m 100 percent sure of it. I’d like to teach him some things, but ultimately he will choose what to do and he’ll always have my support.

“But of course, I’d like him to become a player because I think he has a passion for it too.”

Ronaldo was then asked if the standing ovation at Juventus Stadium played a part in his decision to come to Turin.

“So, I will say what i saw in the stadium helped, to be honest. Unfortunately I scored against my club ! But anyway this is the past. It was, in my opinion, the best goal of my career so far.

“Of course, when people in the stadium started to applaud me, I thought ‘wow’ – It surprised me a lot, because this never happened before in my life. It was an unbelievable moment.”

Cristiano was asked about which other sports he watched during his down time.

“I like UFC fights. I like to see Tennis, Basketball, Ping Pong is my second sport that i play well, but I would say UFC is the one i like to watch.

“The number 7? It’s my favourite number and I spoke with the club at the beginning and of course, I spoke with Cuadrado because he was no.7.

He said ‘for me it’s not a problem, it would be a pleasure for me to give you my shirt‘ – It was good, I was surprised in a good way because the club helped me and Cuadrado accepted in a good way, so I’m glad to be able to continue with the ‘7’ shirt.”