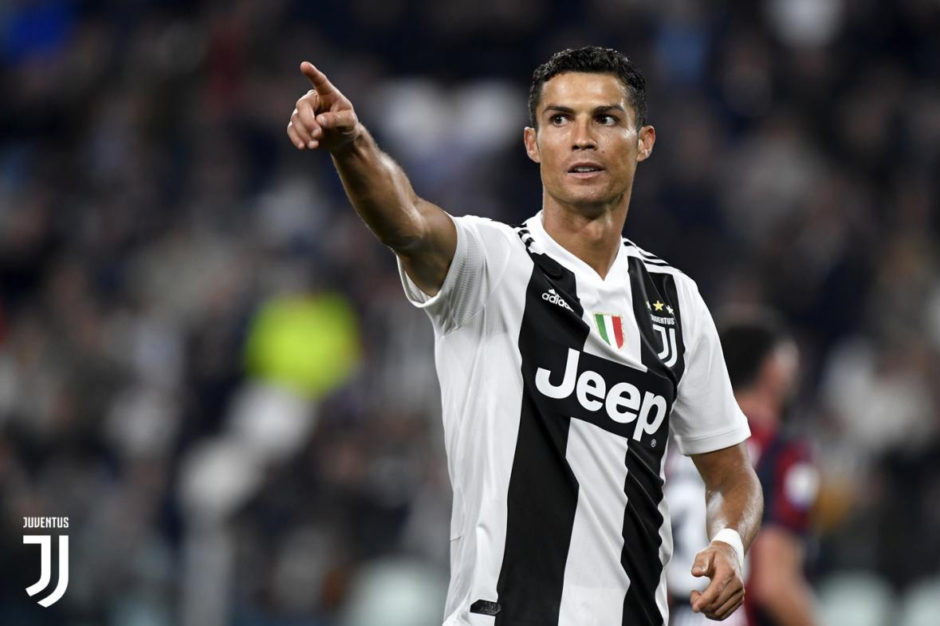 Ronaldo: ‘Juve are the best group I’ve ever played with’

Cristiano Ronaldo believes Juventus is ‘the best group I’ve ever played with’ and highlights the team and family atmosphere at the Bianconeri.

The Portuguese forward gave a series of interviews to Tuttosport and Gazzetta Dello Sport and explained the motivations behind his move and what he has learned in his time in Turin so far.

Q: Today marks 5 months since you’ve joined Juventus, how has it been? Ronaldo

“I’m very happy. The city is really nice, the fans are very kind and Juventus is a fantastic club, that is incredibly organized,” explained CR7.

“The players here are humble & they work very hard. It’s been fantastic.

“This is the best group I’ve ever played with. At Juventus we really feel like a team, unlike elsewhere where some players feel like they are better than others.

“Here everyone is humble, if Dybala or Mandzukic don’t score you see still see them happy. That is beautiful.

Q: The Difference at Real and Juventus?

“They are very different. Juventus is more of a family.”

“If I face Real Madrid in the Champions League? The past is the past. Now I just want to win with Juventus, to defend those colors, the rest doesn’t count. If I face Real, I will give my maximum.

“Marcelo or Asensio to Juventus? I see that you write about everyone, from James to Bale to Asensio, but to be honest, Juventus does not need any other players.

“For the future? I don’t know, you might want to speak to the president. Marcelo? He is a strong player.

Q: Why did you join Juventus?

“I thought about many things: the atmosphere which I experienced (at Juve Stadium), the club’s stability, the president’s approach, the fans.

“Even small details which make a big difference. I had several offers, but now I’m 100% sure that I chose the best one.

“Allegri? A very professional, serious and excellent coach. One of his best qualities is that he is very direct.

“He will not say something that will leave you wondering to whom he was referring, he will call you by name. He’s honest, intelligent and fun all together.

Q: Thoughts on winning the Champions League with Juventus?

“I’ve said it before, and I’ll repeat: the Champions League should not be an obsession, and shouldn’t be faced like one.

“It’s a competition that you should face with tranquility. It’s a dream, we all want to win it.

Q: Thoughts on the Turin Derby

“I’ve immediately realized its importance. The other day, one of the kitmen told me “Cristiano, please win against Torino or else my grandmother will be very mad!”.

“At Juve there are two games you never want to lose: against Inter Milan and vs. Torino.

“I try to forget it. If I kept thinking about what I have won, or the money I have or the successes I have achieved, I’d fall off. I wouldn’t work as hard. So sometimes it’s better to forget being Cristiano Ronaldo.”

Q: Does Cristiano Jr know that his dad is a star?

“Yes, he also plays for Juventus, and feels the pressure & likes it. Sometimes he asks me: ‘Can I bring two Italian friends home?’ I tell him ‘yes’, then he says: ‘But you must be here because they want to take a picture!'”

“How to stay in shape? I try to eat healthy. I avoid sweets & don’t drink alcohol. The three most important things are: sleep well, eat well and train well.”

“The most difficult moment in my life? When my dad died in 2005. However, I’m sure that he’s now happy in heaven, and watching over me. It was a hard moment, but that’s life, there’s not much you can do about it.”

“I go to church every week because I’m catholic and I keep thanking God for all what he’s given me and ask him to protect my family and friends.

“In Turin there are several churches, so I can choose. The paparazzi spotted me once and created those rumors [about marriage].”

Q: Thoughts on the Ballon D’Or?

“I thought that I deserved it, I did everything on the field, the numbers do not lie. But it’s not the end of the world, I respect the decision and congratulations to Modric.

“Disappointed? Yes, but life goes on & I will work hard to win it next year.”

Miralem Pjanic: ‘This is the best Juve ever’