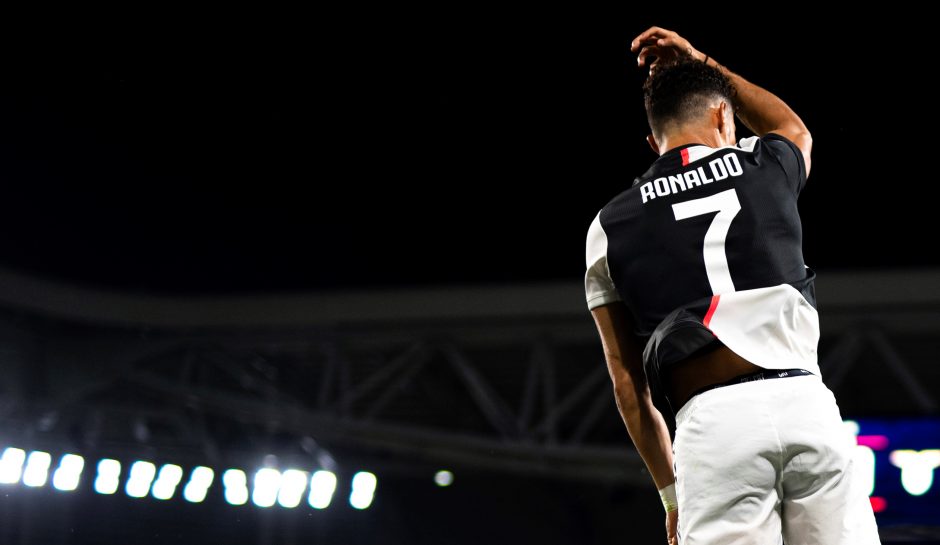 Cristiano Ronaldo broke a Serie A record as well as becoming the first player to score in the Premier League, La Liga and Serie A, but he insists that the most important thing is to see the team win.

The Portuguese superstar scored a brace in the Bianconeri’s 2-1 victory over Lazio, meaning just four points are needed from the final four games to clinch a ninth title in a row.

“We knew it was a very difficult game against a team having a great season, but we knew this was a big opportunity to win, we were at home. We’re very happy,” Ronaldo told Sky Sport Italia.

“Records are always important, but the important thing is that the team wins. We are a phenomenal team and we showed that again today, although we always want to improve and raise the bar.

“These things are nice, but the Capocannoniere title is a natural process that comes as a consequence of scoring to win games for the team.

“There are four games to go, we cannot get this wrong and know Serie A is tough. The team is doing well, though.”