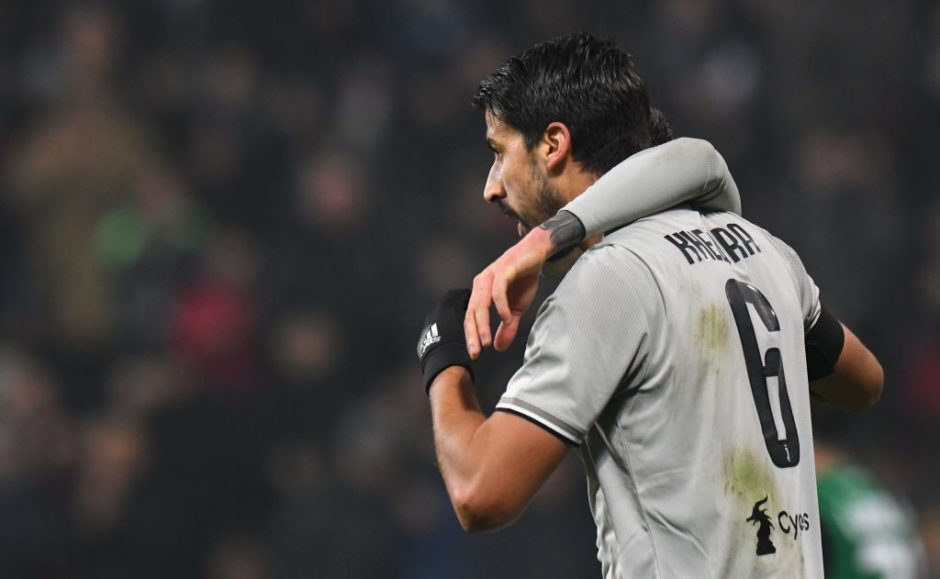 Sami Khedira to remain at Juventus

Juventus midfielder Sami Khedira looks set to remain at the club for another season, despite having offers from across Europe.

The German international was widely expected to leave Juventus this summer having played a limited role last season.

The injury plagued midfielder was initially considered to be surplus to requirements and the suggestion being that he and Juve would mutually agree to terminate his contract.

Sky Sport Italia and various other Italian channels and newspaper now report that Khedira has apparently impressed new coach Maurizio Sarri with the suggestion being that he will remain at the club.

Sky suggest that Khedira is considered a key player and Juve want to hold on to him for his technical experience and for his ability as a functional player in the new-look team.

Khedira reportely had offers from the likes of Arsenal, Fenerbahce, Wolves as well as proposals from Bundesliga sides.

Video: Ronaldo doubles Juve’s lead inside the opening half

Video: Ronaldo opens the scoring despite an extended VAR check

Image: Confirmed Juventus team to take on Crotone in Serie A

Ronaldo: ‘Messi didn’t play with more than one club’