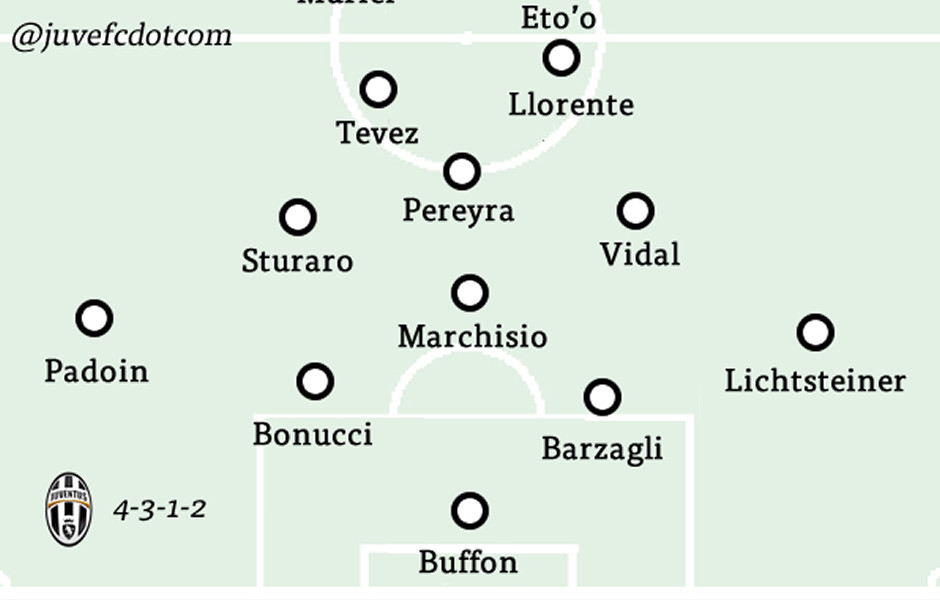 Juventus sealed their 4th successive Scudetto courtesy of an Arturo Vidal header to earn a 1-0 victory against Sampdoria.

Sampdoria had more chances in the early period of the game but it was Vidal’s perfectly taken header from Stephan Lichtsteiners corner that gave the Bianconeri all three points.

The win mathematically secured the Serie A title, Juve’s fourth in a row.

Made a good stop to deny Muriel at his near post but wasn’t called into action much. A solid display nonetheless.

Provided the assist for Juve’s goal with a brilliantly taken corner. Pushed forward when he could and defended well.

Lost Bergessio only once but other than that, he wa commanding in defence and made some crucial tackles.

Made a great last-ditch tackle to deny Samp a goal scoring chance and kept Eto’o relatively quiet for part of the game.

A hard working display as always. Limited Samp attacks down the left flank with some good interceptions.

A man of the match performance. Ran things from midfield with a typically industrious display and rose highest to head Juve into the lead.

Kept things ticking over with some great passes to open up the Samp defence which shielding the back 4.

A fantastic display from the youngster who made some superb tackles and had a good goal scoring chance of his own.

Only needs to work on delivering that final pass to become a real threat. Made some intelligent runs and tried to create openings for the front two.

A great shot from distance bought a good save from Viviano. Hassled and harried the Sampdoria defence for much of the game but was unable to find the goal.

Another vintage performance – Seemed all the more mobile and made some great runs into space to pull the Sampdoria defence around the box.

Marotta: “No grounds to put Pogba on sale”