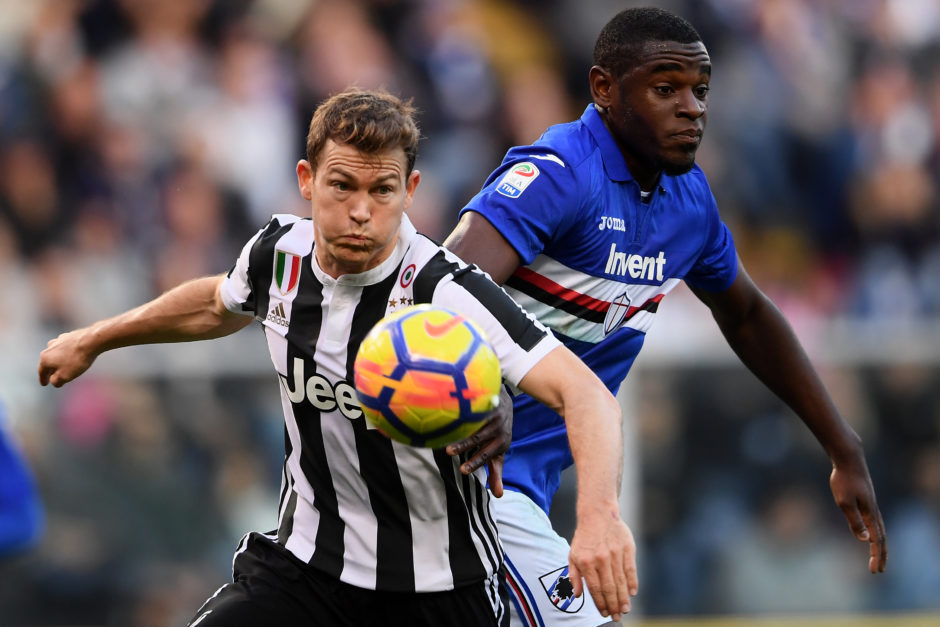 Juventus scored two late goals to keep the scoreline respectable but they were ill-prepared for a Sampdoria side that outfought them to secure their 6th home win in a row. 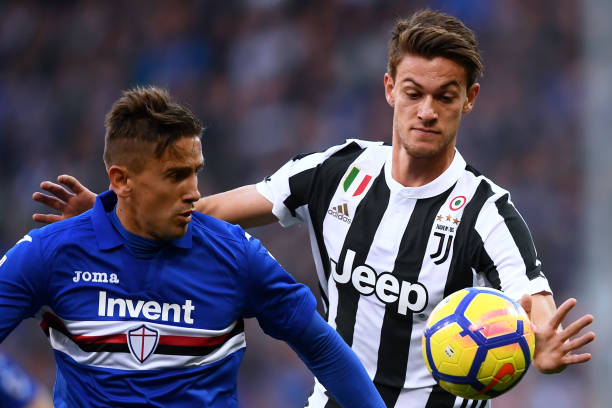 Bob Szcsesny: Made a good save in the first half but left stranded by his defence on the Sampdoria opener. A great block on Zapata wasn’t enough to keep Juve in it and he was let down again  when Torreira was left alone to shoot from just outside the box. Perhaps could have done better on Samp’s third. 5.0/10

Stephan Lichtsteiner:  Started the game well and I saw echo’s of the old Lichtsteiner when he made some powerful runs down the right to get back and defend. All too easily out-muscled by Zapata on the Samp opener and went downhill from there. 4.5/10

Giorgio Chiellini: Tried to get Juve moving forward with some good passing from the back. Strong in the air and had a chance to score that was wasted. Should have closed down Torreira much quicker.   4.5/10

Daniele Rugani: A good start for the youngster but he failed to capitalise on that and really struggled to contain Quagliarella as the game went on – Beaten for pace all too easily on more than one occasion.  4.5/10

Kwadwo Asamoah: He should have cleared the ball before Samp’s opening goal, and while his defensive play was okay, he lacks any real understanding with Mandzukic was wasted too many crosses.Poor. 4.5/10 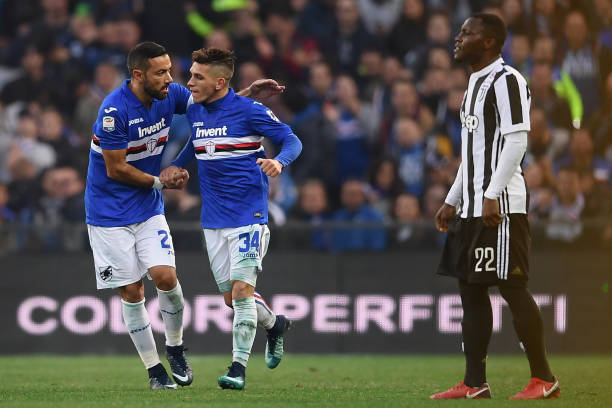 Miralem Pjanic: A great range of passes on display, but next to none of them penetrated the stubborn Samp midfield and backline. Gave away possession on a few occasions and really needs to step up in games of this nature where the team rely on him so heavily. 5.0/10

Sami Khedira: Abject from start to finish. I only noticed him playing at about 40 minutes into the game. Offered nothing in the final third by way of attacking threat and was partially at fault on Samp’s third goal. If fit, Marchisio should be starting ahead of him. Not the player he was. 3.5/10 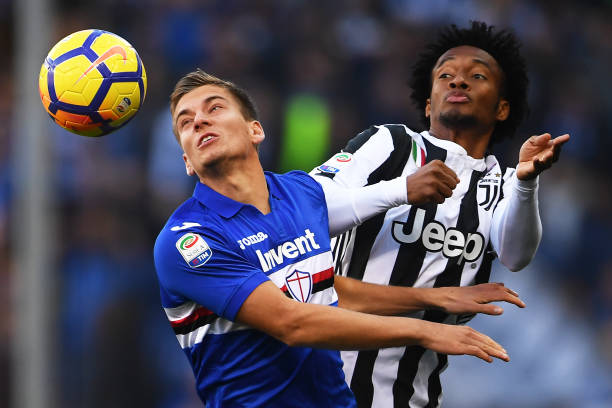 Juan Cuadrado: Another who started brightly and played with some real attacking intent from the get-go. He offered Juve something in terms of pressing Samp higher up the pitch and when he did get in behind the defence, he had time to pass it instead of shooting straight at Viviano. Poor in the second half and replaced with 20 mins to go.  5.0/10

Federico Bernardeschi: Contrary to the popular opinion, I thought he played well in the ’10’ role – He was energetic, played some good passes with Higuain and gave his teammate the kind of service he needs. Slipped out of the game as it progressed which is probably due to only playing 10 minutes at a time for much of the season. Should be starting more often.  5.0/10

Mario Mandzukic: Incredibly frustrating – He had a half chance that he should have buried to give Juve the lead. He rarely has the skill or pace to beat more industrious full-backs and for all his good work on the flank, I still think he should be playing in the centre. 4.0/10

Gonzalo Higuain: The only player on the pitch who really seemed up for the fight. His early effort was blasted wide, but he was constantly in the faces of the Sampdoria defence, his movement off the ball was superb and he held up play well. Took his penalty with a typically cool finish and looked genuinely annoyed at his teammates for their poor display. 6.0/10

Paulo Dybala: He should have started the match as his movement and pace immediately gave Juve something extra. Took his goal well. Lets hope he returns to his early season form. 5.5/10

Douglas Costa: Showed more in a cameo than the rest of the team did, combined. Won the penalty that Higuain converted and made some terrific runs which begs the question: Why didn’t he start the game? 6.5/10

Blaise Matuidi: The game was gone by the time he was introduced – Another player that really should have started the game. N/A