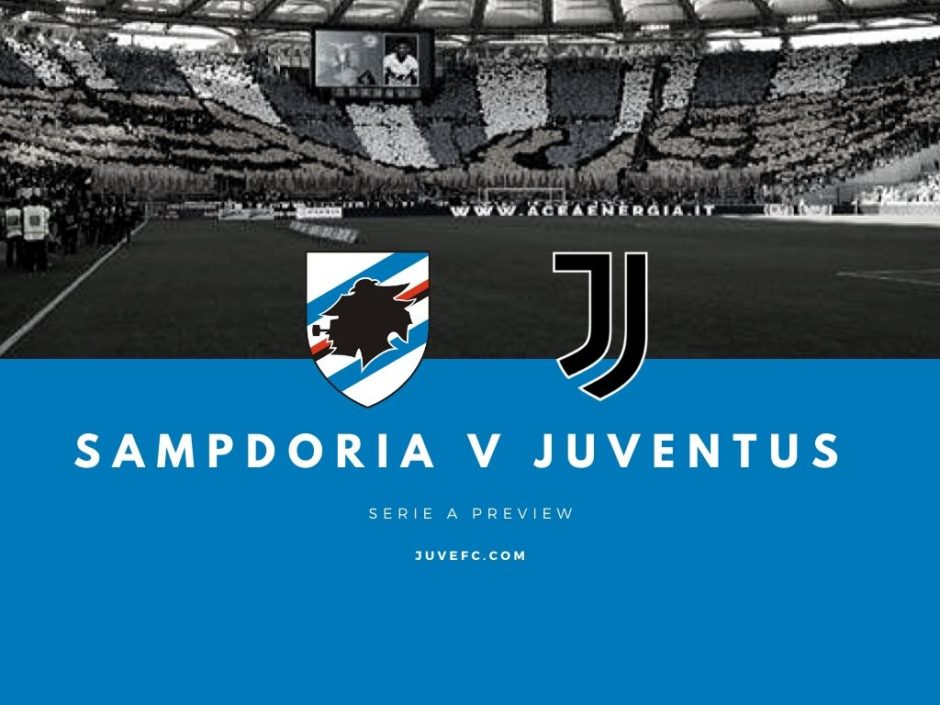 Besides 15 confusing minutes in the first half, the opener went as well as it possibly could for Juventus. It’s nice to see them not settle for a small lead for a change. Hopefully, Dusan Vlahovic’s hunger for goals will continue to permeate throughout the team and, more importantly, the coaching staff.

Unfortunately, the win against Sassuolo was the only thing that went right for the Old Lady this week. Angel Di Maria got hurt and will miss multiple matches, opening a huge void since he immediately took on a meaningful role. The squad needs technical leaders and reference points, not just up front but all over the pitch. Two of the new main ones, the other being Paul Pogba, won’t be there for a while, and that’s a problem.

With injuries and delays on the transfer market, the roster is already incredibly thin and nearing its breaking point, especially offensively. Filip Kostic will technically fill El Fideo’s boots, with Juan Cuadrado and Weston McKennie returning to their natural positions. He was a highly influential player at Eintracht Frankfurt, so he’s no stranger to taking responsibilities and play-making in general, but he’s not as decorated as Di Maria, nor should he be asked to carry the burden on his own.

Last season, when, for instance, Paulo Dybala was missing, the ball tended to gravitate towards players that didn’t treat it adequately and whose decision-making leaves a lot to be desired. It’s hard not to imagine a repeat of that in the short term. A midfield maestro isn’t here yet, and this is when Juventus could use Manuel Locatelli and Denis Zakaria taking a step forward in terms of leadership and inventiveness. The so-called ‘compitino’ won’t be enough.

The second blow, both financial and technical, was Adrien Rabiot not going to Manchester United. It would have been an unexpected boon for the balance sheets, but also on the pitch. There’s no doubt Massimiliano Allegri will keep leaning on him over more inspiring options. He’s not a bad player, and his work in the passive phase is somewhat underrated, but he’s not a box-to-box that contributes in the final third, which is what is needed without Pogba. He makes more sense in 4-4-2 or 4-2-3-1, and the first opinion will probably make an appearance if the going gets tough, even though Moise Kean is the only other striker currently available. Hopefully, the Frenchman staying will not lead to other midfielders that still have untapped potential leaving to make room for Leandro Paredes, but the suspicion is that it will indeed happen unless some club suddenly wakes up with a craving for Arthur.

Leonardo Bonucci is technically available but will be spared due to muscle fatigue, which highlights another summer misstep: Giorgio Chiellini hasn’t been replaced, and Daniele Rugani is still in town as one of the top reserves. Federico Gatti performed as well as a defender could in Serie B, but the gulf in quality is stark. Onboarding another option, even a not-so-great one like a savvy and physical veteran, would have helped ease the youngster into the league. The coach assessed him throughout the summer and contributed to choosing this course of action, which is not nothing. However, he has to back it up by fielding him. Otherwise, it would be a poor look for everybody involved and something that would need to be amended late in the window.

Sampdoria have arguably had the roughest summer out of any team in Serie A. The team’s sale has been hanging over their heads for quite some time, but with very little progress. They have been self-financing so far. While they aren’t at risk of capsizing from a financial standpoint, the two factors have combined to severely hinder them in the transfer market.

They have lost key players who haven’t been substituted yet. Antonio Candreva has been their biggest playmaker for multiple years, but they let him go to Salernitana very easily, perhaps because he didn’t see eye-to-eye with coach Marco Giampaolo. They also sold Morten Thorsby, who was the heart and soul of the team, and didn’t re-up with Albin Ekdal, leaving the midfield extremely short-handed, and savvy veteran defender Maya Yoshida.

The departure of Mikkel Damsgaard was more understandable. The fee was robust, and he was coming off a very tricky injury that cost him an entire season. He was probably a luxury they couldn’t afford, and he would have needed some time to round back into shape. It’s a shame that a Serie A team didn’t roll the dice and snatch him. A Premier League powerhouse will eventually enjoy him if he does live up to the post-Euro 2020 hype.

They will have to be extra busy in the final days of the windows, where they will inevitably have to go bargain-hunting. So far, their biggest signing has been Filip Djuricic, who’s pretty decent and can serve as a fecund source on offense when he has it going, but he basically didn’t play for six months for an unknown physical problem, and it showed in the opener. They have signed Gonzalo Villar as a deep-lying playmaker, who has some decent flashes in Serie A before Roma soured on him, and brought back defender Maxime Leverbe, who’s coming off a pair of solid seasons in Serie B, but having him as a full-time starter might be a stretch.

Following all the departures, Abdelhamid Sabiri is their new technical leader, and he has tantalizing talent and a superb right-foot. However, while he’s not super young, he has just 16 Serie A matches under his belt, so relying heavily on him too heavily would be risky. Opposing defenders and midfielders will predictably soon start to swarm him enough. They desperately need more ball-handlers in any role.

They have been using an old-fashioned 4-1-4-1 so far, but it might be a temporary solution. They will probably switch to a two-man attack once Manolo Gabbiadini fully recovers from his knee injury and maybe they find another striker. Veterans Francesco Caputo and Fabio Quagliarella could use a partner rather than having to shoulder the whole attack on their own. Time, and new acquisitions, will tell whether it will be a 4-3-1-2, which used to be the go-to scheme of the manager, or a 4-4-2. Sabiri and Djuricic can play in a host of positions, so they have options.

They put up a fight against Atalanta, where they had an early goal disallowed for a laughable foul, which would have altered the course of the contest. They have a proactive gaffer, so they aren’t content with sitting back. Though, they don’t have the horses to hold possession for prolonged stretches, so they are kind of caught between styles. Considering the likes of Omar Colley, Ronaldo Vieira, Tomas Rincon, Mehdi Leris and Bartosz Bereszynski, they are more physical than technical, which is far cry from the ideas of the coach. Their defense isn’t airtight, and they tend to cave when put under pressure for extended minutes.

Compared to last week’s XI, Villar might be further along in his integration and thus supplant the more muscular Vieira. Leverbe will challenge Alex Ferrari and the experienced Jeison Murillo, who’s back after two loan spells at Celta Vigo. Tommaso Augello and Nicola Murru are always in contention at left-back, while Fabio Depaoli has a shot to be deployed over Leris. Bereszynski is a little banged up, but he should soldier through it.

Sampdoria man talks about his fellow Serbians at Juventus