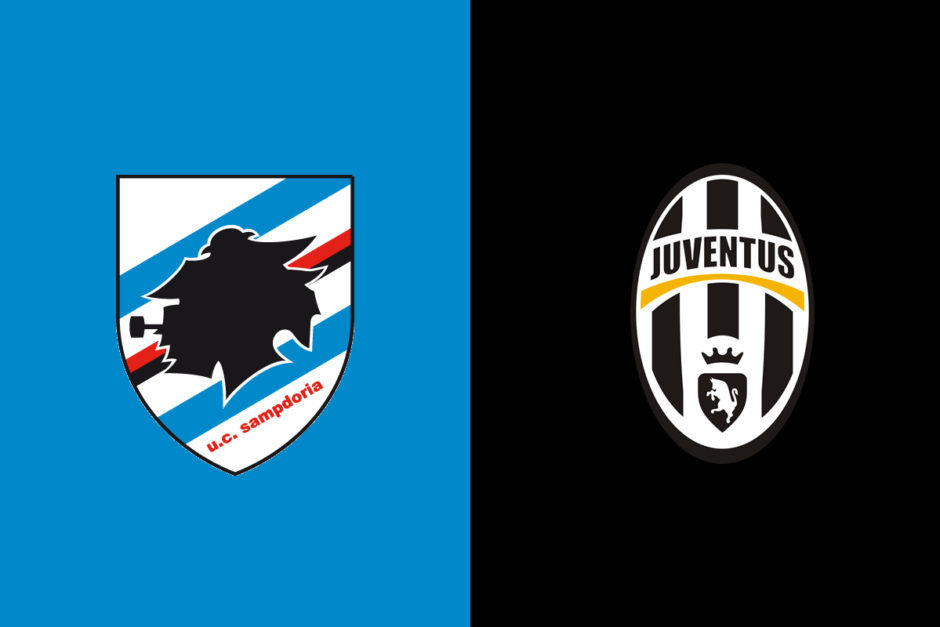 Juventus come off two missions accomplished. Despite the complaints about the very late penalties, the squad was at its best against Milan: they outplayed an opponent that appeared to have their number earlier in the season and created a bounty of scoring chances. The Rossoneri were kept afloat only by the miracles of Gianluigi Donnarumma. They were less sharp against Porto, but it was understandable because of the result of the first leg. After the one-nil, they were too relaxed and came close to conceding on careless plays. At this point of the season, anybody goes into energy management mode when they can, but I would agree that Bianconeri will have to play better against tougher opponents in Europe.

In a Sunday afternoon game, which I consider suboptimal, Juventus will take on Sampdoria. It will be the final chapter of a very busy stretch, which has been productive. It will be imperative to be focused on the task on hand and not be distracted by the upcoming international break.

There should be limited rotation. Despite being in the squad list, Giorgio Chiellini is out in this one. In the pre-game presser, it was announced that Andrea Barzagli will start, alongside either Leonardo Bonucci or Daniele Rugani, confirming the suspicious that the coaching staff sees them as an alternative to one another rather than as an ideal pairing. The battle on the defensive flanks is wide open: Stephan Lichtsteiner and Alex Sandro are slightly favoured, but Kwadwo Asamoah performed pretty well recently. Dani Alves is rambunctious, but he is a playmaker and proved that when he was used as RW against Milan: the experiment worked and it could be re-used if need be.

Massimiliano Allegri recently suggested that Claudio Marchisio is better off playing once a week for a while, so he should be on the bench, with Miralem Pjanic returning to the XI. I would not be surprised to see Tomas Rincon starting over Sami Khedira, but the German world champion is the frontrunner. Genoa president Enrico Preziosi recently declared in a very enigmatic way: “Rincon is not playing for reason I would rather not reveal.” As far as I know, it was a straight transfer, no loan with obligation or other stuff, Juventus paid €8M with a €1M conditional bonus, so I doubt he is not out there for financial reasons. All in all, it is very simple: Rincon is an inferior player compared to the other three that are featured more and his playing time suffered from the decision to use a two-man midfield.

The attack should be the usual one, especially because both Juan Cuadrado and Mario Mandzukic got some rest recently. Gonzalo Higuain is probably due for a day off, but I do not see any value in benching him just for the sake of it and he certainly does not look tired on the pitch. Marko Pjaca unfortunately failed to grab the brass ring because of his mistake in front of the goal against Milan: while that performance was certainly a let-down, he is starting to get more involved and to display the characteristics that made him a very coveted player last summer.

Stefano Sturaro could return from his abdomen ailment, while Medhi Benatia will be sidelined by a minor hamstring problem. The Moroccan, who recently voiced his frustration for the lack of playing time and withdrew his name from the next international call-ups, played poorly against Porto after scoring in the Milan game. He is on a one-year loan with a €17M option to buy that needs to be activated by May 30th. Considering his continuous injuries and especially the shift to a four-man defence, which makes having five starting-caliber centre-backs redundant, I could see the management not picking up his option, even though the aging Barzagli and Chiellini have become less dependable from a physical standpoint.

Chiellini and Marchisio have not been called up by Giampietro Ventura so they can take advantage of the break to find the ideal condition.

Sampdoria’s season has been long peeks and deep valleys. Juventus will catch them at the wrong time: they have not lost in their last seven match, in which they have collected four wins and three draws. They have had some high quality wins this year against Inter, Roma and Milan. They are in ninth position.

They are starting to morph into what Marco Giampaolo envisioned and managed to build in Empoli: a very technical side who can go toe-to-toe with the best teams and is not afraid to play its style. Despite the interest from bigger clubs, they want to lock up the coach and it would be a great move for them if they succeeded.

The midfield is the engine of Giampaolo’s teams and the backbone composed by Edgar Barreto and Lucas Torreira has been excellent this year. The Uruguayan youngster has shown a rapid growth in a very delicate position and I would not mind Juventus making a run at him if the attempts for more established players, like Corentin Tolisso, Leon Goretzka or Mahmoud Dahoud, are unsuccessful. He is 21, he is tiny but has that David Pizarro-esque gravitas on the field and he is very capable also in the defensive tasks. I do not think he would have trouble adapting to a slightly different position in the Juventus midfield.

Three players are battling for the other two positions: left box-to-box and attacking midfield. Dennis Praet can cover both and he is slated to start, with either Bruno Fernandes or Karol Linetty in the other. The other doubt is at left back: Daniel Pavlovic has recently overcome the knee issues that kept him out for a good portion of the season and started playing regularly, but it could be Vasco Regini getting the nod for a more defensive look. Jacopo Sala is set to beat out Bartosz Bereszynski at right back.

Fabio Quagliarella has not practiced with the rest of the group for the whole week because of muscle fatigue, but it is reported that it was just a precautionary measure and he should be in the starting XI. Anyway, they can count on the best 12th man in Europe Patrik Schick if the veteran striker is not available. Their main offensive weapon is Luis Muriel, who is finally meeting expectations outside of Udine. His combination of speed, power, dribbling and finishing skills makes him a handful for any defender and he is a much better passer now, he gets his teammate involved, while being a solo player was a knock on him in the past.

The goalkeeper Emiliano Viviano is suspended but the reserve Christian Puggioni has already gotten a lot of playing time this season. 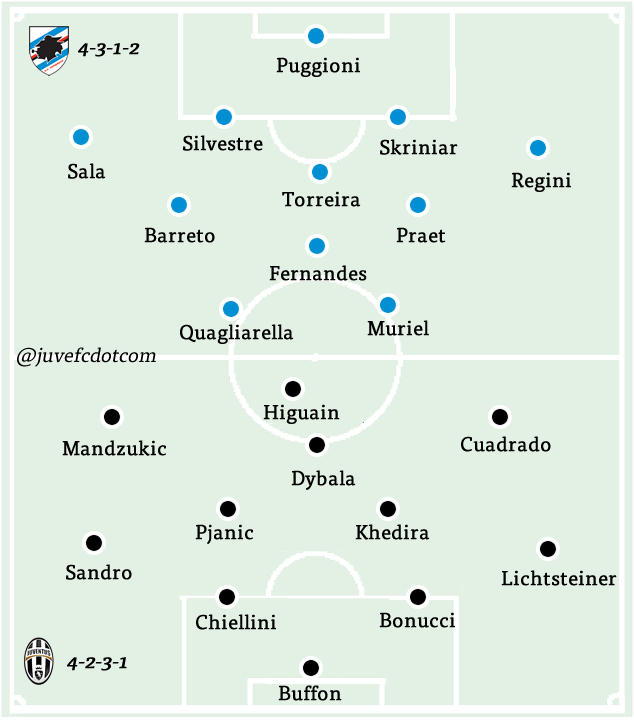 Update on Arthur as Juventus attempt to avoid operating