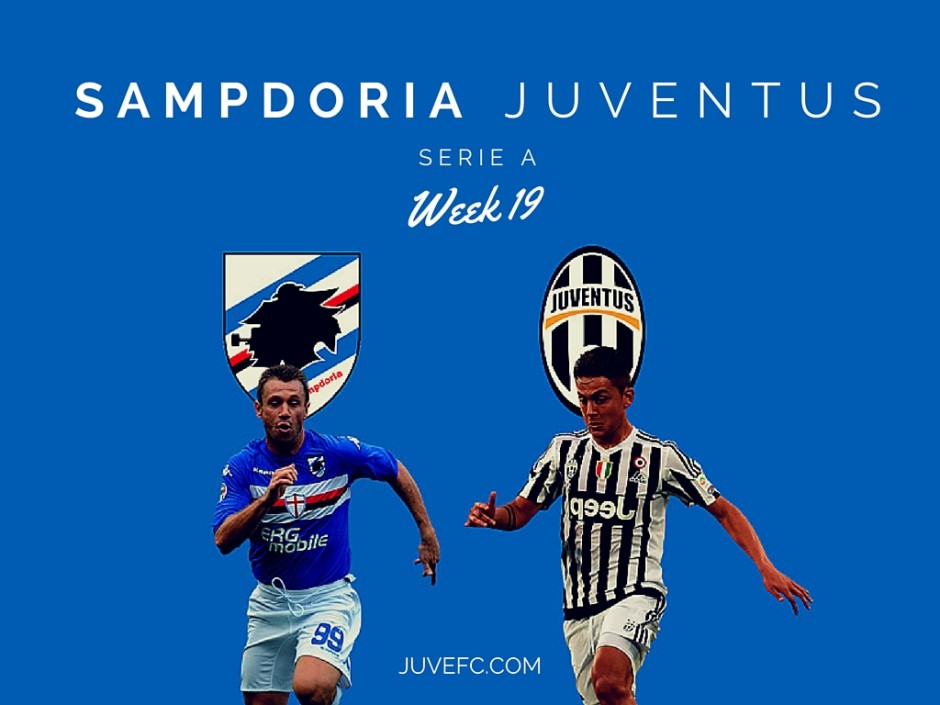 Juventus hope to keep the eight-game winning streak alive as they face Sampdoria on Sunday night. Against Hellas Verona, it was yet another dominating performance from bianconeri: at this point, they are pretty much automatic against weak opponents. The squad took some time to jell, but they have an impressive array of weapons at disposal and it shows; furthermore, they are playing with confidence. They responded well after the break, which was not a sure thing, and to the unnecessarily risky game against Carpi.

The biggest challenge for this game is replacing Claudio Marchisio who is suspended. There are three options and two involve using Sami Khedira as deep-lying playmaker. I think that the German international has not been himself since the last injury, he has yet to re-gain the right rhythm and the football shape. He has played only few minutes in this role this season, but I have no doubt he has the experience to hold down the fort. Stefano Sturaro or Kwadwo Asamoah would overtake the box-to-box role. The other solution is Hernanes as pivot: it is not his natural position and the experiment has had atrocious results in the past, especially in the Napoli game, but sometimes coaches like to move one pawn rather than two. Anyway, I think the Sturaro-Khedira-Pogba midfield is the most likely, but we have to remember that Allegri has fielded Asamoah every time he was available.

It looks like Andrea Barzagli will be sidelined for a while to nurse his calf injury. Massimiliamo Allegri chose Martin Caceres to replace him on Wednesday, relegating Daniele Rugani to the bench once again. The explanations looked weak to me, so either Caceres is on display for potential buyers, or the underlying fact is that the coach probably does not trust the youngster yet. That is strange, since Rugani is not a rookie and has already a full season as a starter at Empoli under his belt, where he also played quite well. The duel repeats itself for this one and Rugani’s agent is starting to ask questions too, we will see how this will play out.

Mario Mandzukic has a chance to be available, but he is very unlikely to start. Alvaro Morata is in a scoring slump, but he is playing hard and he is playing with his teammates, he is not trying to shoot his way out of this funk in a stubborn and selfish way. Even if he is not finding the bottom of the net, he is not hurting the team. Anyway, I wonder if Simone Zaza has earned himself the starting job against the team Juventus first bought him from thanks to his stellar goal per minute ratio.

It will be interesting to see whether Allegri will continue to rotate the wing backs as Stephen Lichsteiner and Alex Sandro are playing very well. Mario Lemina and Roberto Pereyra should be unavailable once again.

Vincenzo Montella had a horrendous start of his Sampdoria stint, but they have started to get results, seven points in the last three games, and he is putting his imprint on the team. He has always been a coach that preferred quality over quantity and this often led him to field a number of midfielders at the same time. It has been no different in his blucerchiato time.

After tinkering for a while also because of some injuries, the coach has chosen a very fluid 4-3-2-1 with Antonio Cassano as false-nine. Eder, a natural yet undersized first striker, serves as CAM/left winger, always ready to cut to the inside and challenge the offside trap, and Carlos Carbonero, or really any other of their offensive players, occupies the final position in the untraditional trident, wandering around the pitch trying to pick the right spot and play off the other two forwards.

Luis Muriel has been ok since joining Sampdoria, his potential is well-known, but he is injury prone and sometimes he does not have the right attitude. Montella has been reluctant to start him, there might be something cooking in the transfer market, but I think that the Eder-Cassano-Muriel attack could be the ultimate weapon to get Sampdoria over the hump.

They do not struck me as a very physical team, even though they have Fernando and Edgar Barreto in the midfield, and they are not one of those low-table sides that only sits back and counter. They have several technical players like Roberto Soriano, who is enjoying his best season yet, Cassano, who comes off his lone good match since his return but is a game-changer in the rare occasions he is in the mood, Eder, Muriel, Fernando, Joaquin Correa, Ricky Alvarez and so on.

Of course, the downside is that they have not a particularly great defence. They have conceded 28 goals so far and also in the Derby della Lanterna, where after a dominant first half they almost allowed Genoa to come back and tie the game, you could see that there are some lingering issues from the lengthy crisis that hit them in October and November. There are some structural problems in their defence phase and the talent is not that impressive too, that is why they are looking for one more centre-back.

As for the defensive line, they have tried several different combinations, the starters in this one should be Mattia Cassani, Niklas Moisander, Ervin Zukanovic and Vasco Regini. Lorenzo De Silvestri is definitely out with an hamstring strain and Matias Silvestre, even though he has a chance to be available, has not returned yet from a muscular ailment suffered in December.

The only other real doubt involves Carbonero, who has skipped a practice this week and could be replaced by either Correa or Alvarez. It remains to be seen whether Cassano is ready to play two games in four days, anyway the drop-off would not be consistent, as Muriel would take his spot in the starting XI. We should keep an eye on Soriano, who could be a surprise exclusion because some teams, Napoli and Valencia, are reportedly pushing hard to get him: he would be spared if the negotiations really heated up in the next two days. David Ivan would take his place. 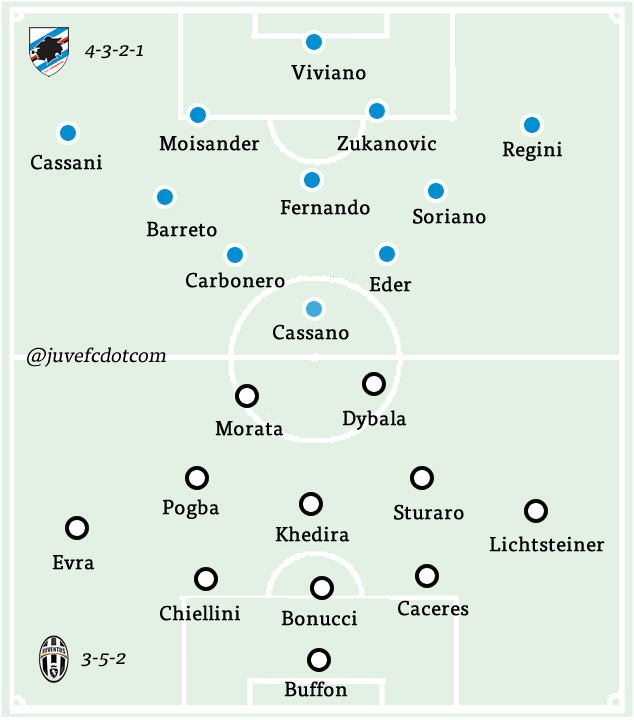